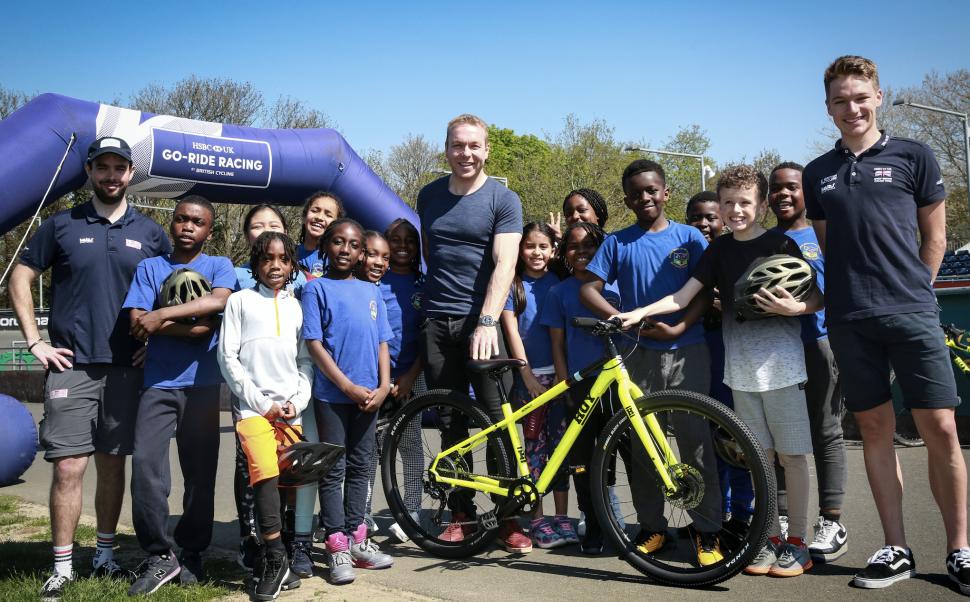 Two new surveys published today highlight the gulf between the number of today’s children allowed to cycle without adult supervision, as well as the role that schoolkids believe cycling can play in reducing pollution around their place of study.

The first survey, commissioned by Evans Cycles and conducted by YouGov, found that one in five children in Britain (19 per cent) are unable to ride a bike according to their parents, and that one in three (32 per cent) of adults would not let their offspring ride a bike without adult supervision.

The reluctance on the part of adults to let their children ride a bike unsupervised contrasts sharply with respondents’ own experience when they were younger, with 84 per cent saying that they were allowed to go out cycling on their own when they were aged 10-15 years.

That’s despite their acknowledging that the most important benefits of cycling are what Evans Cycles refers to as “the four Fs” – fresh air, fun, freedom and fitness.

With HOY Bicycles latest range of children’s bikes launched today, the findings are published after Sir Chris Hoy led a British Cycling HSBC Go-Ride session at Herne Hill Velodrome with the retailer last Friday to highlight the benefits of cycling to kids.

Evans Cycles, which has partnered with Hoy to develop his children’s bike range, has supported Go Ride since 2015, including donating 1,500 bikes to the initiative – many from the HOY brand.

The retailer’s head of marketing, Claire Neillands, commented: “We are proud to be a partner of British Cycling’s HSBC Go-Ride programme, it’s a fantastic and important programme that is making cycling more accessible for children.

“With child obesity on the rise and more kids becoming hooked to screens, getting kids outside and riding has never been more relevant.

“We have worked closely with Sir Chris to develop a fantastic range of lightweight bikes for children to make riding easier. These are currently being used by British Cycling Go-Ride coaches round the country,” she added.

Six-time Olympic champion Hoy said: “It’s great to be here with St Francis Primary School. I started out racing BMX at just seven years old and never looked back, I feel so lucky to be able to be pass on my skills and hope that British Cycling’s UK HSBC Go-Ride programme can help inspire young people across the country to take to the saddle.

“It’s great to see that the range of HOY bikes that I developed alongside Evans Cycles are being used by HSBC UK Go-Ride coaches across the country,” he continued.

“Riding on a heavy bike as a child can be really tough. HOY bikes have been designed to be both lightweight, comfortable and made with child-friendly components, making the experience of riding a bike as easy as possible for a child.” The adventurer – who last year rode around the world in less than 80 days for a new Guinness World Record – was at Torkington Primary School in Stockport, Cheshire today to launch this year’s Sustrans Big Pedal.

He was joined by more than 240 pupils on bikes and scooters, called for air quality near schools to be improved after a separate YouGov survey, conducted on behalf of Sustrans, found that more than two-fifths (43 per cent) of the 1,000 children aged 6-15 polled were concerned about levels of pollution near their schools.

Beaumont said: “We need to encourage more children and parents to walk, scoot or cycle to school by shouting about the benefits of travelling actively for shorter journeys.

“Fewer cars around school gates will play a significant role in reducing congestion and improving the quality of the air we breathe.”

Xavier Brice, CEO of Sustrans, appealed to the government to do more to improve the quality of air, especially near schools.

“We’re in the midst of an air quality crisis,” he said. “This survey demonstrates for the first time that children are aware and concerned about poor air quality.

“We wanted to hear their views on the matter, as they are some of the most susceptible to the adverse effects of air pollution, which can lead to poor lung and brain development and asthma if exposed for long periods of time at a young age.”

He emphasised that one of the easiest ways that could be done is by reducing the number of cars on the school run and encourage children to walk, cycle or scoot instead.

“The UK Government needs to show leadership by helping local authorities fund and deliver better cycling and walking infrastructure so that every child is able to travel on foot or by bike to school in safety and with confidence,” he added.

“Failure to act now on high levels of air pollution has the potential to have a detrimental impact on children’s health.”