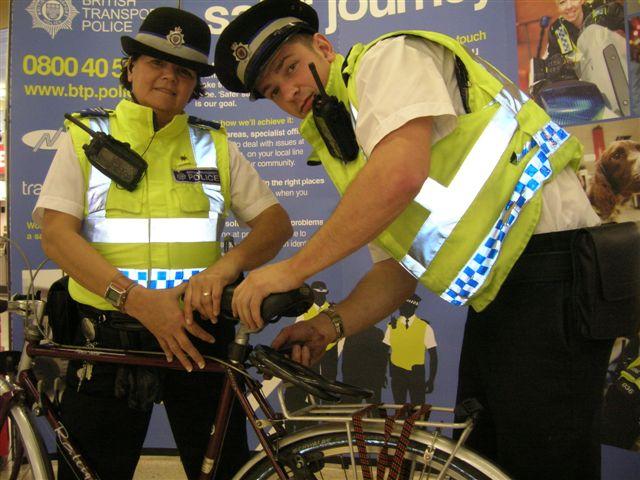 In a bid to thwart the thieves, officers will be giving crime prevention advice to morning commuters who cycle to Sheffield station on Thursday, 23 and Friday, 24 September from 6am to 9am.

The transport bobbies will be marking pedals cycles with postcodes and giving out security advice in the three-hour surgery. The marking is permanent and ensures that stolen bikes are easier to identify and given back to their original owners if recovered.

PC Steve Coldwell said how officers from BTP alongside East Midland Trains and the Sheffield Safe Neighbourhood team from South Yorkshire Police have noted that theft of cycles is an ongoing problem on the railway network and has been compounded because many bike owners are not following simple measures to ensure they don't fall victim to thieves.

“A difficulty we face is that many people who ride bikes leave them at railway stations for very long periods of time, with some even owning two bikes and leaving them locked up overnight at stations,” he said.

“Because of this, it's more important than ever for us to ensure that cycle owners are educated and informed about how best to protect themselves from thieves. If a bike is adequately marked, it makes it much easier to identify and therefore reduces its desirability to thieves," added PC Coldwell.

East Midlands Trains Route Manager for Sheffield, Claire Ansley said; "We are working closely with the British Transport Police to improve cycle security at Sheffield Station. As more of our passengers recognise the health and environmental benefits of cycling to the station, it's important to make them aware of the measures they can take to secure their bikes and protect them against theft."