Being seen is the theme as Moore Large show off winter kit from: Lake, Limar, Proviz & Haloglow 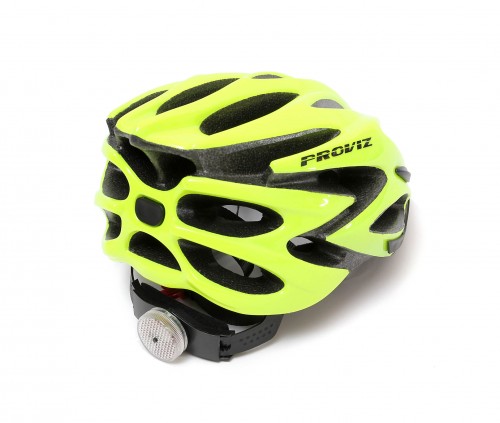 The Electroluminescent waterproof jacket offers a load more visibility, coming with some big reflective panels – those grey areas show up bright when light catches them – and electroluminescent strips. You get four strips – two on the front and two on the back – which shine out in blue-white when you switch them on. Positioned towards the sides, they’re still visible if you put a rucksack on your back. Good thinking! 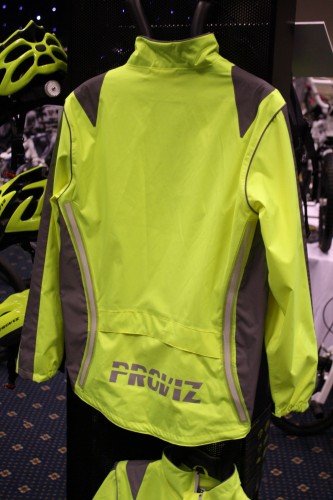 Speaking of rucksacks, there’s a 28 litre one in the range that has two electroluminescent strips at the rear. It’s made from a ripstop fabric and comes with a thick sponge backing to keep you comfortable when you’re lugging all your stuff to and from work. 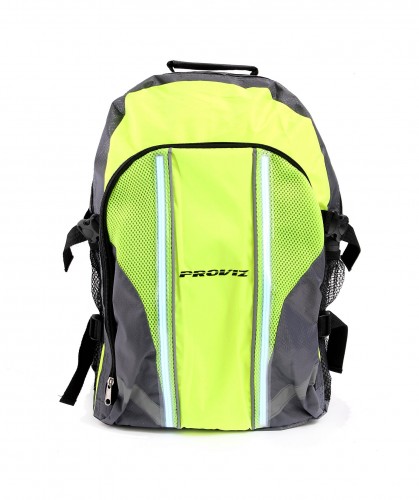 Sticking with the commuting theme, the Haloglow helmets are new to us. Like the Proviz lid, they each have an LED at the back, and they also come with a fibre optic tube that wraps right around the shell and really stands out in the dark. Plus, you look quite saintly, which has to be a good thing, doesn’t it? There are four models in the range priced from £29.99 to £39.99. Moore Large have a range of new front and rear lights available in their in-house One23 range. This is the Ultra Bright 1W front light which will set you back £22.99. We’re told that four AAA batteries will give you a runtime of 24 hours – longer if you use it in flashing mode. 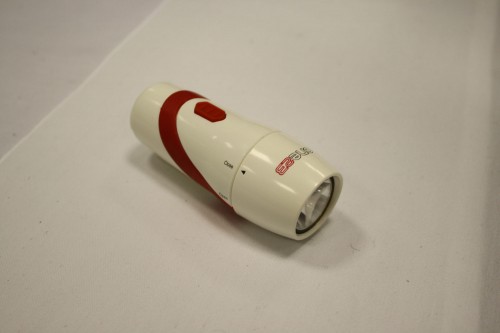 The range tops out with the Extreme Bright 3 – the three indicates 3W – which comes with a rechargeable lithium battery back. It mounts on either the bars or your helmet and you choose between high, low and flashing settings. It retails at £109.99. 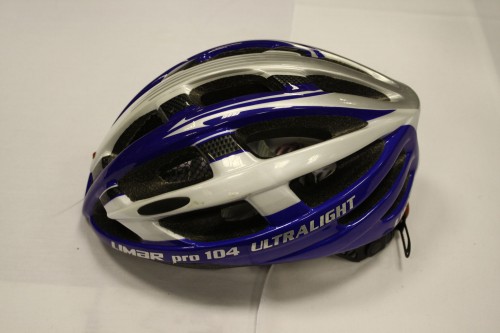 Weighing in at just 170g (size medium), Limar’s Ultralight Pro 104 is about as light as helmets get. We don’t find it the most comfortable option in the world but if you’re a gram counter, it’s worth checking out. The new 777 looks like it’ll have greater appeal. It’s good looking, has good adjustability and costs £69.99. 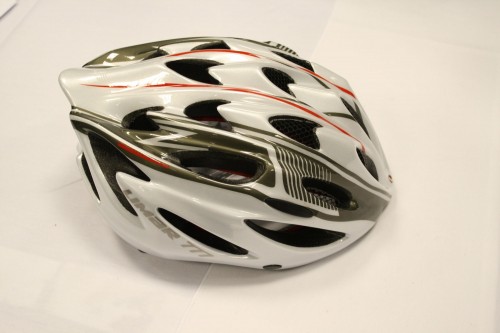 We’ve not tried any new Lake shoes in yonks but they always look well designed and we’ve got some coming to road.cc soon – so watch this space. Many of the models feature a Boa closure which uses a wire lace that’s tensioned via a dial. Specialized use Boa on some of their shoes too. It’s a brilliant system that’s lightweight and easy to adjust on the fly, in most cases Lake putting the dial round at the back of the heel cup. Highlights of the range include the newly redesigned CX170 that, though priced at just over £100, looks much more expensive. We’ve not ridden in these but the fiberglass injected nylon sole felt pretty stiff in our strongman flex test. Like most of the Lake range, the 170 is available in half sizes and in both standard and wide versions, so you should be able to get a pair that fits perfectly. 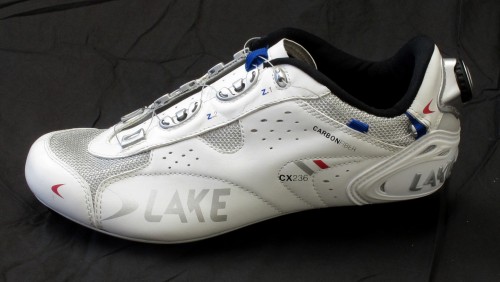 The biggest seller in the range is the CX236 which comes with a leather and mesh upper and a 100% carbon fibre sole. It’ll be available in black as well as this white version in 2011. 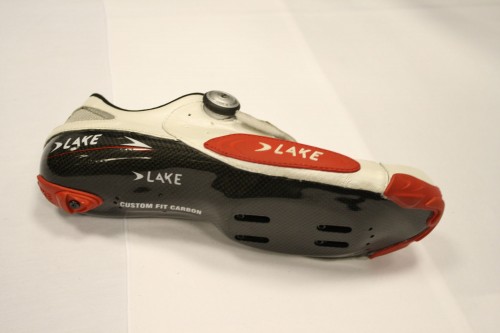 The top-of-the-range model is still the CX401 which looks absolutely stunning to us. The upper is mostly super-soft kangaroo leather while that carbon sole is molded to the shape of your foot. When you have it fitted, they put it in the oven and heat it to 80°C, push it into shape around your foot and let it cool. We’re not making this up. They’re not cheap though – £300 a pair. Well, come on, have you ever tried to catch a kangaroo? We’re guessing it’s not easy.