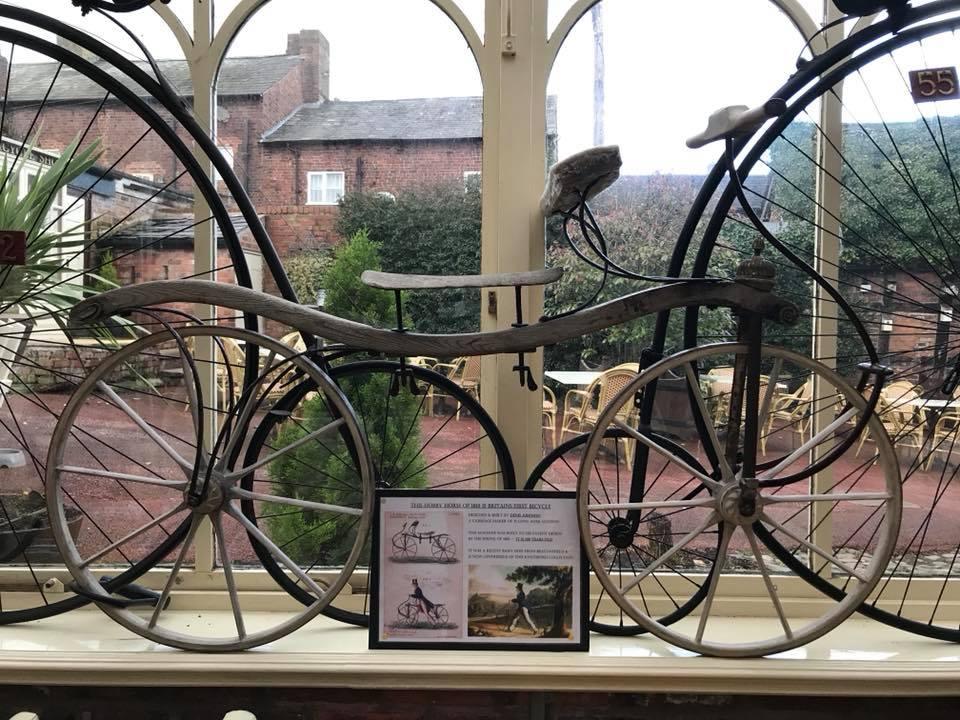 What is thought to be Britain's oldest bike, dating from 1819, is now in the collection of the Penny Farthing Museum in Knutsford, Cheshire after being discovered in a barn in Buckinghamshire.

Glynn Stockdale, founder and owner of the Courtyard Coffee House and Penny Farthing Museum, who is also organiser of the Knutsford Great Race, described the find as akin to discovering the "Holy Grail" of vintage bicycles.

The 199-year-old bike was found in a disused barn that was due to be demolished in Beaconsfield, which is around 30 miles south east of Oxford.

Mr Stockdale, aged 79, quoted in the Daily Telegraph, said “I have been a bike enthusiast for 40 years and so to come across this really is the holy grail for me, it’s what you always dream of finding, let alone owning.

“This bike is a real survivor and it feels just fantastic to have come across this bike after all my years of collecting.”

The bike was made by Denis Johnson, with only 12 of the 320 bicycles he made known to have survived.

Since this model, unlike the other existing ones, is not numbered, Mr Stockdale believes it is the oldest of all of them.

He said: “The bike was just found in a barn in Oxford, but I got a call to see if I was interested in it, and I knew from the description it was a Hobby Horse.”

The bicycle, also known as a 'dandy horse', is similar to the laufmaschine created by German inventor Karl Drais in 1817, which celebrated its bicentenary last year.

> Video: The ancestor of the modern bike goes electric for its 200th birthday

1
Canyon Ultimate CF Evo 2020 - still silly light but now much cheaper
2
Sir Dave Brailsford reveals his personal diet and training regime on Strava
3
Group of 10 cyclists assaulted and robbed by gang of youths in Reading
4
Win! Fulcrum Wind 40 DB wheels worth £1,100 up for grabs!
5
(Not so) Near Miss of the Day 380: Driver deliberately clips cyclist (includes swearing)
6
London cyclist found jointly liable for crash with pedestrian gets £60K-plus bill
7
Near Miss of the Day 378: What is it about overtakes on straight roads into oncoming traffic?
8
Former Swiss pro leaves the team he founded after admitting involvement in Aderlass doping ring