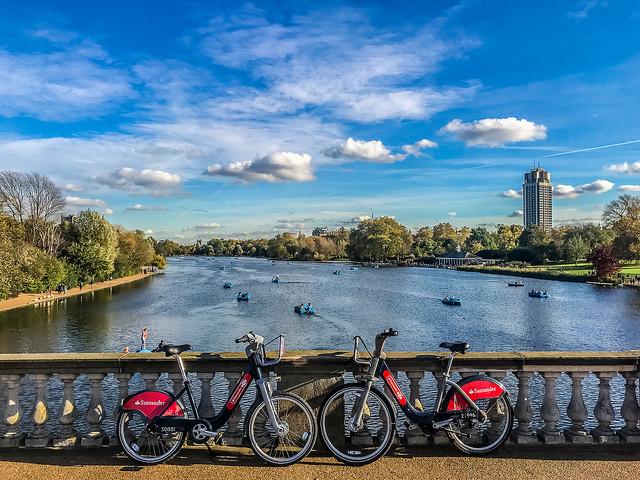 2017 already a record year for number of Boris Bike journeys

With dockless bike share firms targeting the capital, will growth continue in 2018?
by Alex Bowden

Statistics from Transport for London (TfL) have revealed that 2017 is already a record year for the number of journeys made on London’s Santander Cycles. More than 10.3m trips have been made so far.

The London Evening Standard reports that October was the best month on record, with just under a million hires, while seven of the 11 months so far have beaten year-on-year records.

In total, over 67 million journeys have been made since the scheme was first launched in July 2010.

Will Norman, London’s Walking and Cycling Commissioner, said: “The scheme is such a great way for all abilities to cycle around our city, I’ve no doubt that their popularity will continue to increase.”

The scheme has seen a number of improvements this year, including the introduction of a new, lighter bike built by Pashley Cycles in Stratford-upon-Avon.

TfL’s head of cycle hire, David Eddington, commented: “This year has been a remarkable success for Santander Cycles, with the launch of the next generation of bikes and new records being set for the busiest year.

“2018 will also be an exciting one as the scheme extends into Brixton in the New Year, allowing even more people to enjoy the benefits of cycling.”

There could also be fresh challenges however, with various dockless bike-share firms having launched in different parts of the city.

Ofo has been operating in Hackney and the City of London, and also in Islington, where it is competing with Mobike. Urbo and OBike have also made attempts to enter the bike hire market.