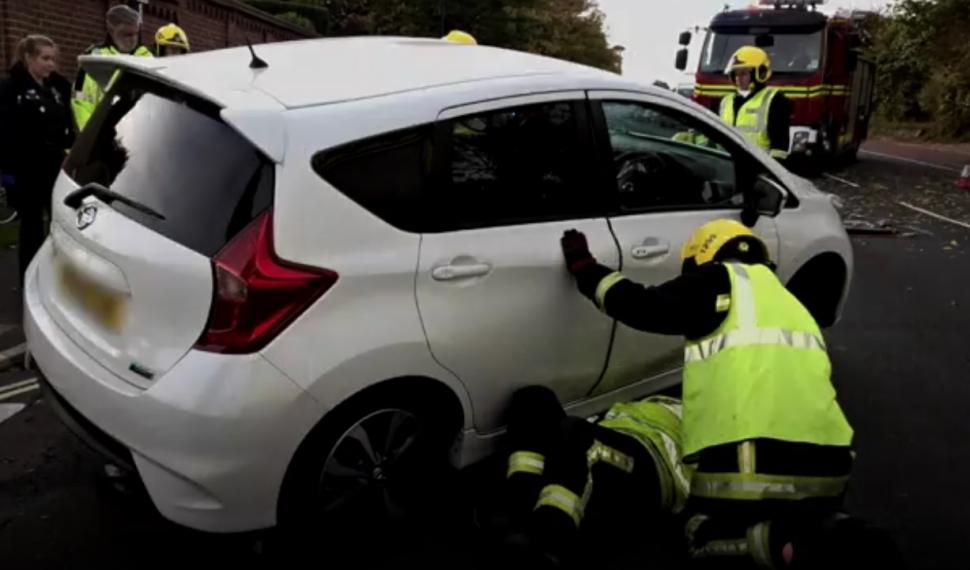 The BBC reports on a 12-year-old girl who is campaigning for there to be a mandatory cycle helmet law after she was told by doctors that hers had saved her life. Maisie Godden-Hall was riding to school more quickly than usual after struggling to find her helmet when she went over her handlebars and under a car.

Speaking to the Hampshire and Isle of Wight Air Ambulance website, Maisie recalled the events leading up to the incident on November 3, 2016.

“On the morning of my accident I got ready for school as usual, but I was running a bit late as I couldn’t remember where I’d put my cycle helmet. It was a strict rule that I wasn’t allowed to cycle without it, and by the time I did find it, it was later than usual.

“I was cycling my regular route, which involved using the crossings and cycling on the pavement. There is a junction on my route where I generally move into the bus lane, as there is a wall that blocks the view for drivers. I was travelling quite fast to make up some time, but I realised that a car at the junction was moving out and I needed to brake hard. I don’t remember much about the next few minutes, only what people have told me, as it all happened so fast.

“As I braked, my bike stopped, but I didn’t. I flew over the handlebars of my bike and landed in front of the car. The driver didn’t see me and, spotting a gap in the traffic, moved forward over me. Her son was sitting in the passenger seat and saw me fall so it didn’t take long for her to realise that something had happened.”

Maisie sustained three breaks in her pelvis, a broken collarbone, major facial injuries and the loss of seven teeth.

She stayed in hospital until November 28 and by the time she left was allowed to sit in a wheelchair for one hour, twice a day. By Christmas she was on crutches and she has now recovered sufficiently that she is back doing gymnastics.

Having been told that without her helmet she would probably have died, Maisie said: “I know I am only 11 years old, but I really want to use what happened to me to promote the cause for wearing cycle helmets; I think it should be law.”

Campaigners including Cycling UK say that it should be up to individuals to decide whether or not to wear a cycle helmet, often citing Australia as an example of a country that made them mandatory only to see levels of cycling plummet.

Opponents say that legislation deters people from riding a bike and therefore has an overall negative effect on public health.

British Cycling policy advisor Chris Boardman has previously been critical of the perennial debate, saying: “It’s not even in the top 10 of things you need to do to keep cycling safe or more widely, save the most lives.”

Responding to a link to the BBC article by Hampshire Roads Policing which stressed the importance of wearing a helmet, he tweeted:

The girl was ran over by a car and had her pelvis crushed....and this what you take from it? Wow https://t.co/XameeHMdm0