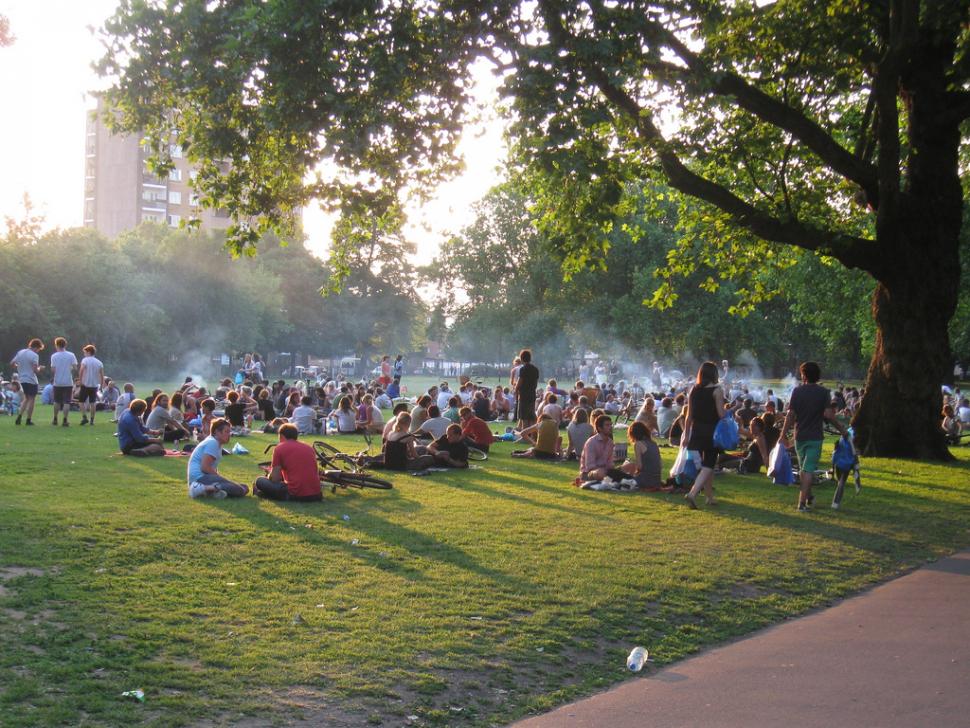 Hackney Council has introduced speed monitors for cyclists to try to slow them down as they ride through London Fields.

The monitors at either end of the cycle route through the East London park use radars to tell how fast bikes are going. They will pick up any movement exceeding 6mph.

Local residents said cyclists were speeding through the area and it is hoped the displays will encourage better behaviour - but there are no plans to introduce penalties for speeding.

Cyclist Tess, 35, told the Hackney Gazette: “I have a child so I think it’s a good idea,” she said. “I don’t know if it will make a big difference – maybe it’ll make people more aware that they need to be slow.”

Another cyclist, who asked not to be named, said: “So many kids are around here and they’re not always on the right side, so it’s dangerous if cyclists are going fast. There are also lots of dogs, and if a cyclist hit them it would kill it.”

Dexter, 28, who works at a bakery, said he cycled for two hours every morning.

“I don’t think the speed limit for cycling is necessary,” he said. “Why is the focus on cyclists when people drive cars?”

Asked if he’d had any near misses riding through the park, he said: “Not so much. I have to dodge dogs and kids a lot, though.”

Yasmin, 29, who does not cycle but regularly visits London Fields, said: “I think it’s good because they come round really fast.

“I have got kids and sometimes I have to pull them out of the way.”

Cllr Feryal Demirci said: “We welcome safe cycling in our parks as they provide pleasant green routes away from motor vehicles.

“London Fields in particular is an established route for commuters, with around 4,000 people cycling through the park each day.

“However, London Fields is not a road – local residents walk, use wheelchairs, push buggies and exercise their dogs in the park every day.

“Green spaces are places to relax, breathe and take it easy, so we want people on bikes to drop their speed a little bit, look out for others and make sure everyone can enjoy the park.”

Back in 2015 we reported how a cyclist was fined £200 after being clocked by a speed gun at 38mph while riding in Richmond Park. This was despite the fact that a Royal Parks spokesman previously said that speed limits in the places it manages don't apply to cyclists.

Paul Harness was riding down Sawyers Hill when he was stopped by a police officer who had been parked behind a tree with a speed gun.

Harness says he was charged with speeding and driving without due care on a bicycle. When he subsequently appeared at Lavender Hill Magistrates, he was fined £200 for each offence, plus £200 court cost and a £20 victim surcharge.

Harness told road.cc that he pleaded not guilty in the belief that the speed gun was not designed to work on cyclists and that he did not by law need a speed measuring device on his bike.

“I thought the whole affair was a waste of time and money and the policeman was way over the top and the judge would think the whole thing ridiculous. There were crimes going on all around Richmond that day and this fella was hiding behind a tree with a speed gun and I was having a Sunday cycle going down Sawyers Hill.”