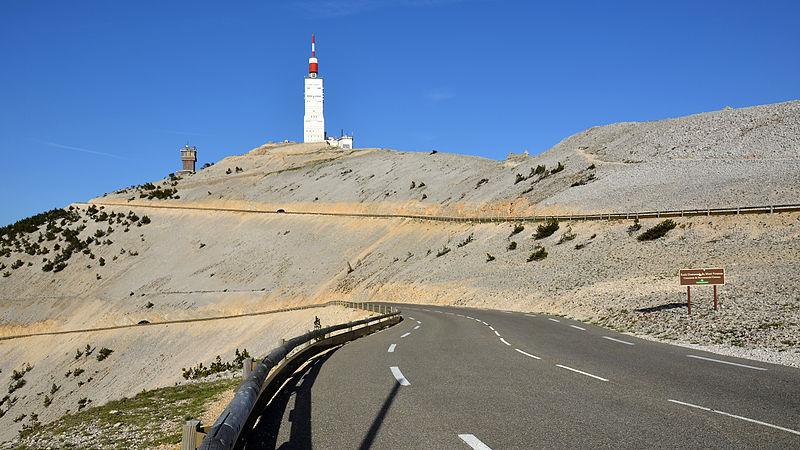 Row in village at foot of Mont Ventoux over plans for cycling hotel and shopping complex plus 3,000-seat covered velodrome

Residents of Bédoin, the Provençal village that provides the gateway to the ascent of Mont Ventoux favoured by the Tour de France, are opposing plans for a hotel and shopping complex aimed at cyclists and which would include a covered velodrome.

According to La Provence, many locals welcome the tourism and prosperity that cycling has brought to the village, with thousands of cyclists coming from all round the world each year to tackle the fabled climb - it is especially popular with Britons due to its links to the late Tom Simpson - but there is said to be a feeling among some locals that the planned project is a step too far.

But the newspaper says that the welcome extended to cyclists could be at risk should plans before the town hall for a privately-backed sports tourism project be given the go ahead, and that a protest may be held next Saturday against a project that critics believe will be a white elephant.

At a council meeting last month, locals packed into the village hall to hear details of the project, called All Bike Ventoux Provence, which would occupy a 30,000-square metre site currently under agricultural use.

It would include a covered velodrome with a 250-metre track and a capacity of 3,000 spectators – the same as the population of the village itself.

A luxury hotel would provide 100 rooms, a fine dining restaurant, a brasserie and shopping mall dedicated mainly to bikes and cycling accessories and clothing.

Opponents of the scheme believe that by opening the doors to tourism on a mass scale, it would destroy the relationship between the village and cycling.

But the village’s mayor, Luc Reynard, told the meeting that while the council had been accused of being in favour of the project, that was not true since first its feasibility needed to be studied by a cross-party council committee.

Members of the opposition have expressed concerns about making Bédoin’s economy entirely dependent on cycling and have raised the idea of putting the issue to a referendum to enable local citizens to decide.

One group of locals are already voicing their opposition to the scheme though under the banner Collectif Citoyen Bédoin Ventoux and will protest against it next Saturday.

They say that as a privately backed project, tourist income would go to “unidentified financial and speculative interests.”

That, they claim, would create “a ghetto of the rich in an all-inclusive complex without economic benefits for the village,” and that the scheme would not only destroy Bédoin’s character.

The village’s mayor has insisted, however, that “It isn’t just a case of giving a blank cheque to whomever.”