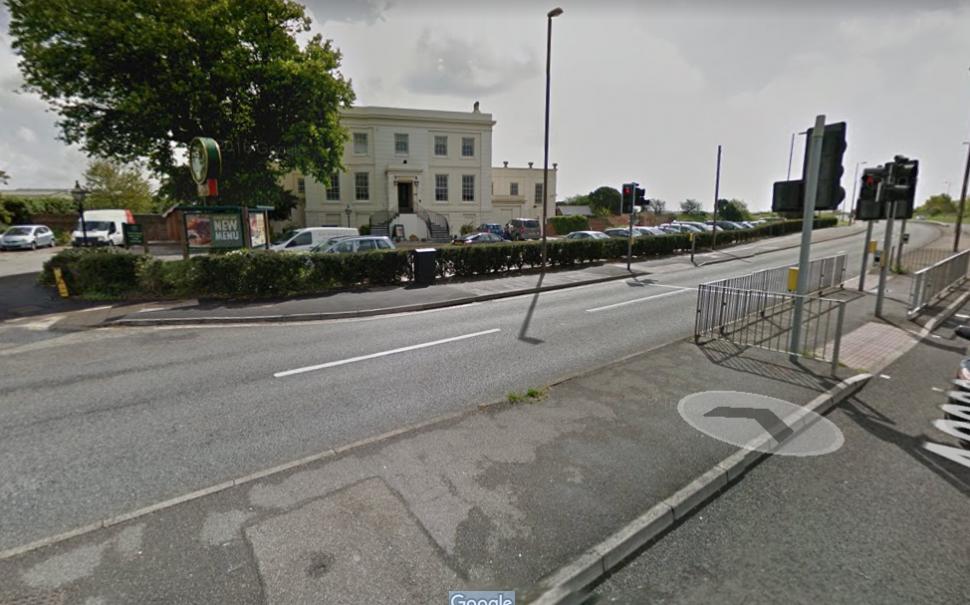 Cycle campaigners have expressed fury that contractors have blocked a stretch of shared use path where a rider recently fell into traffic and died.

Just 100 yards away from the spot where Tim Atkins died on the narrow corner of Burrfields Road and Eastern Road outside the Harvester pub in Portsmouth, Colas installed a temporary speed restriction sign.

Ian Saunders, from Portsmouth Cycle Forum, told Portsmouth News: “We don’t want to have cyclists in Portsmouth put in danger.

“That’s the first thing but they don’t seem to be doing it.

“There are other places they could put it if they used a bit of flexibility.”

He added: “It’s completely insensitive to friends and family of Tim.”

We reported recently how Tim Atkins suffered fatal head injuries when he fell into traffic on Portsmouth’s Eastern Road.

He was riding to work in Havant on June 2nd at around 5.30pm.

On a shared path, he was involved in a collision with Thomas Fyall, touching shoulders when they came round a corner towards one another.

He then fell into the road, where he suffered multiple head fractures after colliding with the rear of a south-bound Ford Transit in Eastern Road.

He died at the side of the road.

Portsmouth City Council, which pays roads contractor Colas, said it had asked for the sign to be moved.

Martin Lavers, assistant director of transport at the council, said: “We’ve spoken to our contractor, Colas, and they’ll remove the sign from the path as soon as possible.

“It will be replaced with one attached to a lamp-post. This will give more room for pedestrians and cyclists on the footpath.

“A sign is needed to tell drivers to slow down for roadworks and temporary traffic lights at the junction.

“The work will make the junction safer for people walking and cycling, and reduce congestion.”

He said plans are “underway to make improvements to this part of the Eastern Road in the coming months’ but that ‘we will obviously give serious consideration to any requests the coroner makes”.