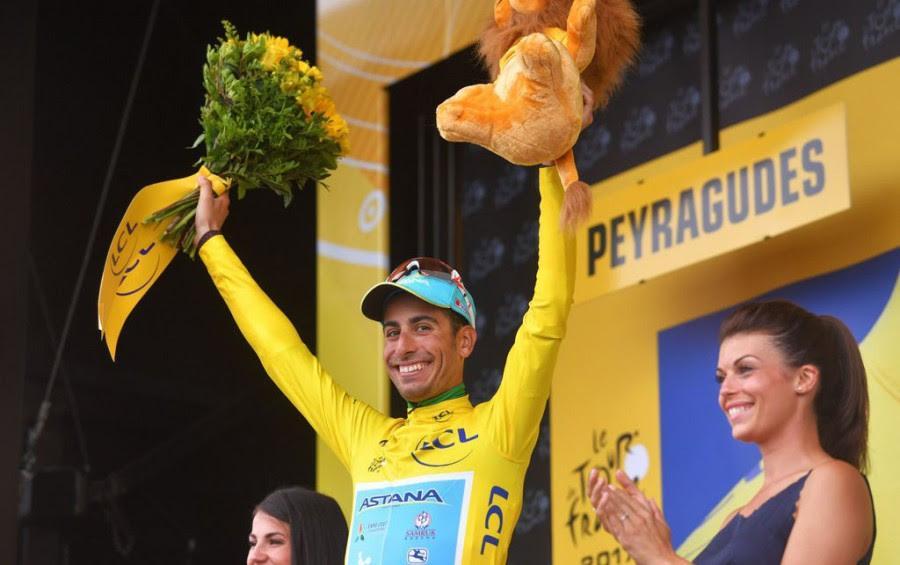 The 2015 Vuelta champion joins from Astana, where he has spent the past six seasons.

Aged 27, Aru finished fifth overall at this year’s Tour de France, where he spent two days in the yellow jersey, achieving the distinction of having worn the leader’s jersey in all three Grand Tours.

The Sardinian also won Stage 5 of the race at La Planche des Belles Filles, adding to his two stage wins at the Vuelta and three at the Giro d’Italia, a race in which he topped the best young rider’s classification in 2015.

That race saw him finish second overall to Alberto Contador, the second year running he had made the podium following a third place finish in the 2014 edition.

His 2015 Vuelta win appeared to confirm his breakthrough, but no further Grand Tour podium places have followed.

In this year’s edition, his overall lead just after the halfway point suggested he might push Team Sky’s Chris Froome all the way to Paris, but Aru faded in the final week to finish fifth.

On Stage 9 of the race – the day Geraint Thomas of Team Sky and BMC Racing’s Richie Porte both crashed out – Aru attacked Froome just as the defending champion raised his arm to signal a mechanical problem.

Froome subsequently appeared to use his elbow to nudge the Astana rider off the road on the inside of a hairpin bend, although he later insisted any contact had been accidental.

Aru also raced at this year’s Vuelta, where he finished 13th overall.

Speaking about his switch, Aru said: “I’m honoured that the UAE Team Emirates management and their sponsors want to unite our cycling endeavours; I thank them for the faith they’ve placed in me and I hope to live up to their expectations.”

He added: “I would also like to thank everyone who has been with me up to now in my career, they’ve all been important to my growth.”

Team manager Carlo Saronni said: “We welcome a champion like Fabio Aru; his skills perfectly match the ambitions of the team.

“Besides highlighting Aru’s enormous potential, I’d like to point out that Aru is a rider who can stir up excitement among the fans; he is well-loved because of his generosity on a bike.

“With his performances he will contribute to promoting an ideal team image and he will likely help us reach important competitive milestones,” Saronni added.