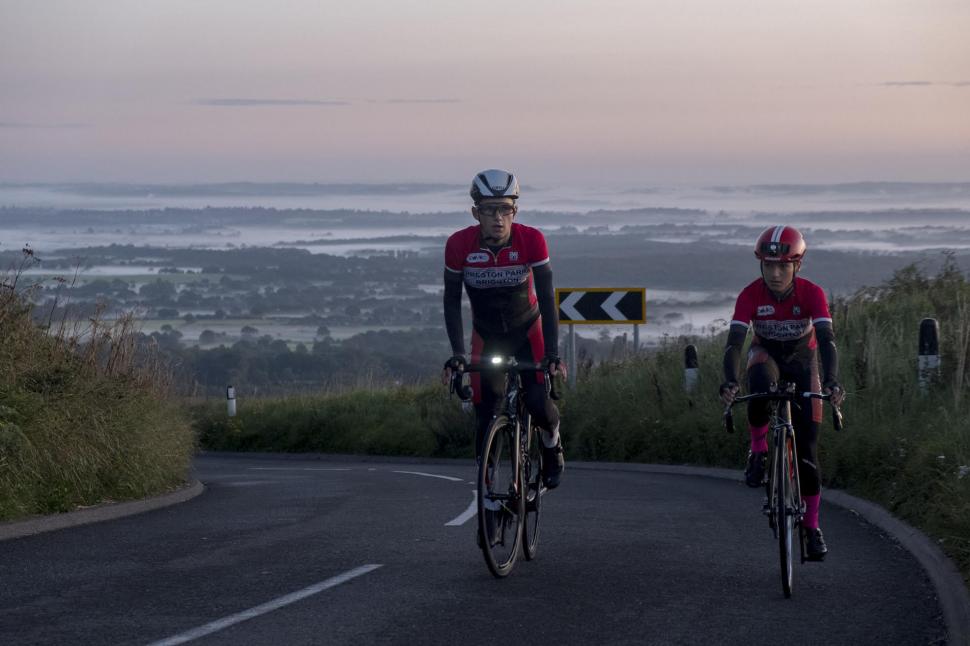 A 14-year-old cyclist from Sussex has Everested the ascent of Ditchling Beacon on the South Downs – and is believed to be the youngest rider to have climbed the height of the world’s tallest mountain in a bike within a day.

Last Thursday at 5am, Tom Pughe-Morgan, aged 14, and his friend Lukas Nerurkar, 13, set off to ride up the South Downs hill more than 60 times.

Unfortunately, Lukas began vomiting after their first food stop following 20 ascents and due to fluid loss had to abandon.

Tom, however – like Lukas, a member of Preston Park Youth Cycling club – continued, and scaled the climb 65 times to take him past the height of Everest.

He was sponsored by Hassocks-based business, Proper Cycling and Coffee, which also supplied a support vehicle, and has raised more than £2,000 for the Nepal Youth Foundation UK.

“Tom was gutted to have to ride the rest without his training partner but there was no way he could go on. I’m amazed he got as far as he did after being that unwell. He’s a seriously tough lad!”

“Tom did amazingly, he was beginning to struggle towards the end and things got pretty intense. He just got his head down and pressed on.

“It was impressive to watch, I’ve never seen determination like it,” he added.