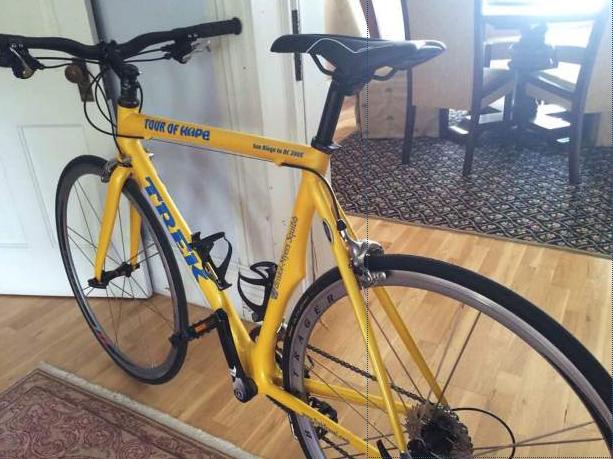 A sheriff whose bike, a gift from Lance Armstrong, was stolen from his front yard, has said "you should lock your shit up."

Sheriff Joe DiSalvo, from Aspen, Colorado, had left his cycle at a local repair shop. The mechanic returned it home and left it unlocked on his front porch, where it drew the attention of a set of light fingers.

When DiSalvo's wife, Marcy, came home, she realised it was not there and called the repair shop, but the distinctive ride, which was LiveStrong yellow with decals from the Tour of Hope.

It had been given to Marcy by Armstrong after she expressed an interest in road biking.

"We’re both bummed," Sheriff DiSalvo told 9NEWS. "I kind of feel like I lost something that I'm never going to get back. It really is one of a kind.

"You should lock your shit up."

The sheriff has offered not to prosecute anyone who brings information about the whereabouts of the bike.

The thief climbed the fence surrounding the property to get onto the porch.

"Say what you will about Lance Armstrong, but he’s my friend and we love each other. I’m just sorry someone [took] this opportunity," he said.

If you want to avoid being the victim of a similar crime, check out our beginner's guide to bike security—how to stop bike thieves and protect your bike