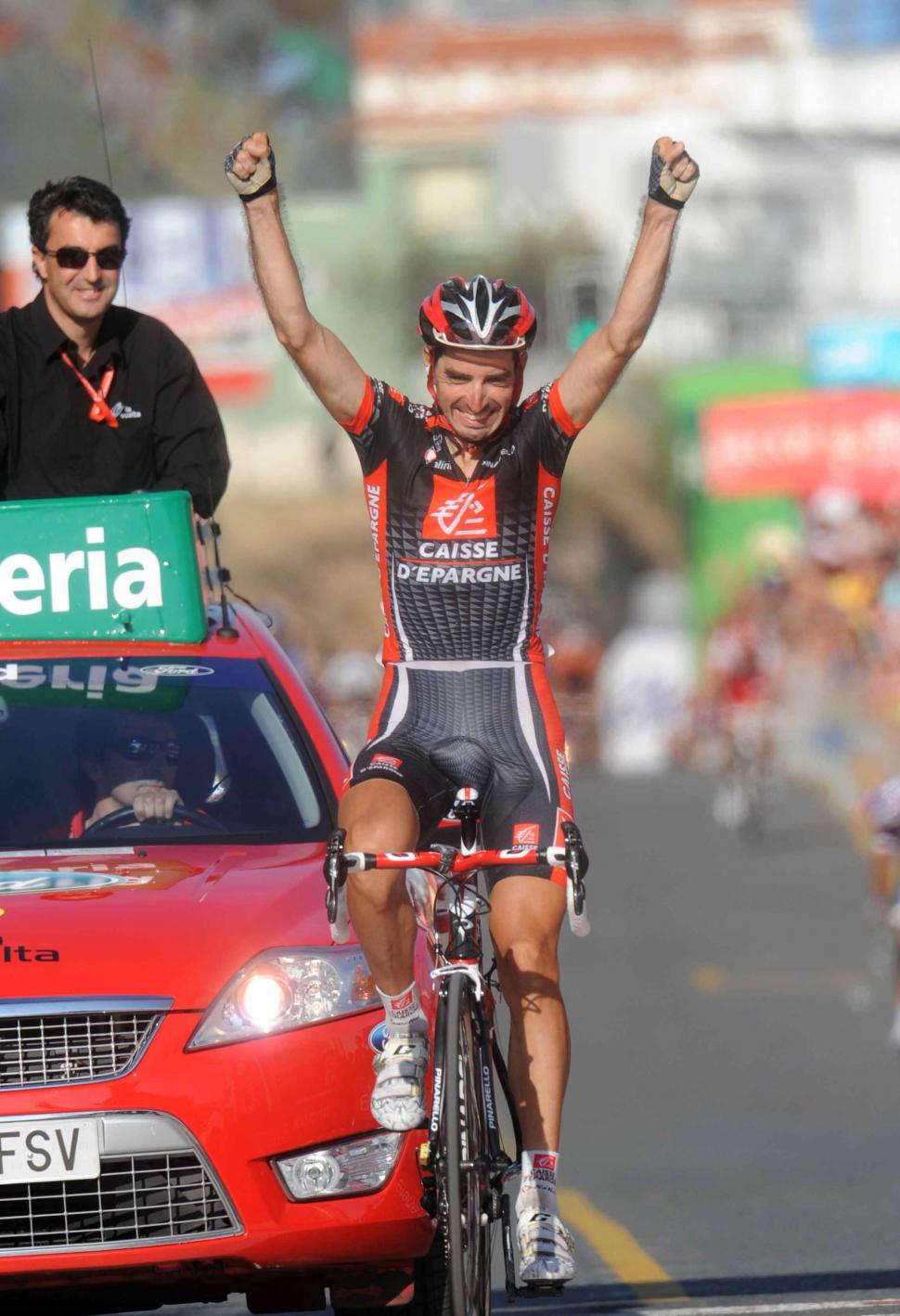 Meanwhile, Greipel gets the beachtowel out with news that next year's race starts in Benidorm...
by Simon_MacMichael

David Lopez of Caisse d’Epargne this evening described winning today’s Stage 9 of the 2010 Vuelta a Espana as being as important to him as his contribution to the overall win 12 months ago of team leader Alejandro Valverde, now serving a two year ban as a result of his links to the Operacio Puerto doping scandal.

Lopez, who proved the strongest of a 15-man group that had escaped early in the 187.7km stage from Calpe to Alcoy, said: “In the final kilometres, many attacks occurred,” adding, “I was scared of riders as strong as Roman Kreuziger and Giampaolo Caruso,” who finished second and third, respectively.

The 29-year-old continued: “I found the right time to go solo and I’ve suffered a lot to maintain my advantage until the finishing line but it was worth it. In the last kilometre I realized I couldn’t lose. It was a lot of suffering but the emotion this win generates is indescribable. I didn’t imagine it could be so intense.”

Turning to his role as a domestique, Lopez, whose only previous major win was a stage of the Deutschland Tour in 2009, said: “People often told me that my skills are bigger than my record book but I’ve been lucky to work for great captains. My best win so far was the one of Alejandro Valverde at the 2009 Tour of Spain for which I’ve contributed a lot.”

He also expressed hope that his win, plus the sight of Igor Anton in the race leader’s red jersey, would help encourage young cyclists back in their Basque homeland. “Anton and myself are both riders from Vizcaya sharing the honours today. It means our work pays off and I hope it’ll inspire all the young Basque riders to do the same.”

Lopez’s win today moves him up to 21st in the general classification, and five of his team mates are in the top 20, something that clearly gives him cause for satisfaction. “I hope that Caisse d’Epargne will shine again at the Vuelta,” he concluded. “There’s more serenity in the team since we know that we have a new sponsor [Movistar] for next year.”

Race leader Anton said he was glad to have remained top of the GC on a day when escapee Jean-Christophe Péraud missed out on taking the lead by less than a minute. In the run-in to the finish, despite being around six minutes down on the Omega Pharma-Lotto rider, Anton had an added incentive to chase as hard as he could with Joaquin ‘Purito’ Rodrigiuez of Katusha threatening to get the two-second gap on the Euskaltel-Euskadi rider that would have put him in the overall lead. “What we’ve done today has been interesting for the spectacle,” said Anton. “At the end of the day, I’m happy to preserve my lead rather than let the jersey go to Péraud. My team has worked all day. Maybe people expected more from Purito (Rodriguez) but he’s going very well,” he added, although Anton has another tip for the man who will top the podium in Madrid a fortnight today: “I believe in [Vincenzo] Nibali for the overall win, he’s fresh.”

Rodriguez expressed regret at not managing to gain those vital seconds to take the race lead today, saying: “I tried everything I could to gain time on Igor Anton and take the red jersey but it was simply impossible. I’m disappointed. I absolutely wanted to lead the Tour of Spain when the race will be in my homeland of Catalonia on Tuesday.”

Péraud was also left to rue a day in which he came within a minute of starting Tuesday’s Stage 10 in the race leader’s red jersey. “I believed I could take the jersey today because I was informed of the gaps”, said the former mountain biker, who took silver behind compatriot Julien Absalom at the Beijing Olympics. “I’m disappointed,” he added. “It would have been great to be paid back after all the efforts I’ve made today.”

His compatriot David Moncoutié finished fourth today, tantalisingly close to sealing back-to-back stage wins over the weekend after his victory yesterday, but at least had the consolation of wresting the mountains jersey, which he won last year, from Xacobeo-Galicia’s Serafin Martinez.

“I haven’t been far from getting two stage wins in two days but I’ve paid at the end the efforts I produced yesterday,” conceded the Cofidis Rider afterwards. “I’ve chased all the attacks down except the last one but this has been another great day. I’ve ridden well for the king of the mountains classification that remains my main target at the Vuelta.” 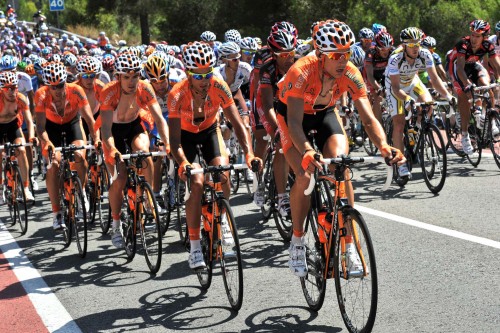 Regarding his own form, Schleck, who crashed out of the Tour de France in July with a broken collarbone, confessed: “Yesterday’s stage [8] has created some damage. It’s okay that I was disappointed about losing time yesterday, isn’t it? I have to admit that after eight weeks without racing, I couldn’t do better. I must be honest with myself. The rest day tomorrow comes at the right time for me. However, today’s stage has brought me the confidence back. I was riding well. I didn’t have any problems in the hills like yesterday.”

Meanwhile, in news that will have Omega Pharma-Lotto-bound André Greipel booking the next flight to the Costa Blanca so he can beat Mark Cavendish in the race to get his towel on a sundbed first, it’s been announced that next year’s Vuelta will start in Benidorm.

General director of the Tour of Spain Javier Guillen (picture left), Member of Parliament Jose-Joaquin Ripoll from Alicante (centre) and director of tourism of Costa Blanca Gema Amor Perez (right) announced the news today in Alcoy, but it’s unknown as yet whether or not the opening stage of next year’s race will be a time trial. 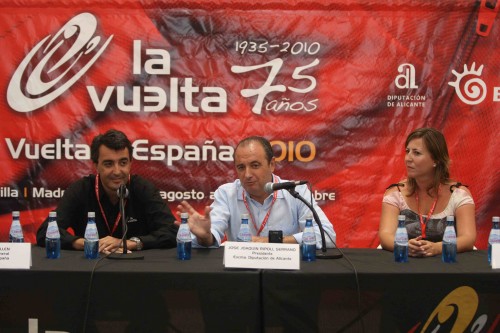 The last Vuelta stage winner in the city, nicknamed Spain’s Manhattan on account of its high rise buildings, was Robbie Hunter in 1999, while in 1992, Gianni Bugno beat Laurent Jalabert and Dimitri Konyshev to the World Championship there.