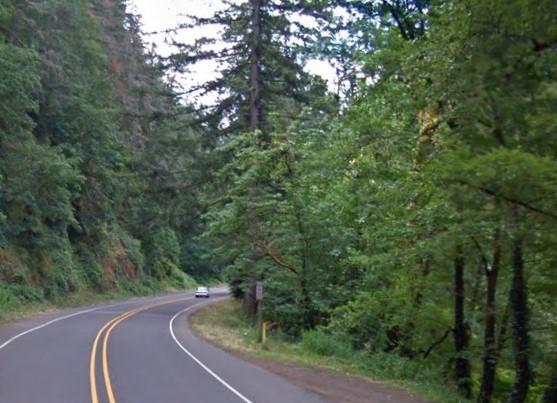 US motorist who hit cyclist, demanded money and then fled is arrested after running over her passenger when she returned to the scene

A US driver who struck a coast-to-coast cyclist and then fled has been arrested after running over her passenger when she later returned to the scene. Natalya Zakhariya reportedly demanded $200 from cyclist Craig Spiezle for damage to her car after she hit him on Tuesday, but then drove off when he suggested they contact police.

KGW reports that Spiezle is currently riding from Oregon to Maine to raise awareness of Alzheimer’s in memory of his late father.

The 60-year-old cyclist began his journey on Sunday, but on Tuesday he was hit from behind while riding on the Historic Columbia River Highway in his home state.

“I shattered the passenger mirror,” he said.  “The bike must’ve scraped down and put a crease in the side of the car.”

Zakhariya stopped and helped him clean up injuries to his arm and leg and then asked for $200 for the damage to her car.

Spiezle suggested they call the police and at this point she left.

Other cyclists managed to get photos of the car as she drove away and police appealed for information.

A day later, Zakhariya apparently returned to the scene of the collision with a companion – police said possibly to gather evidence against the man she hit.

Somehow her car ran over the passenger and police were called. It has also been reported that the car hit a tree.

The same officer who had responded to the hit and run arrived, identified Zakhariya and arrested the 49-year-old for Failure to Perform Duties of a Driver.