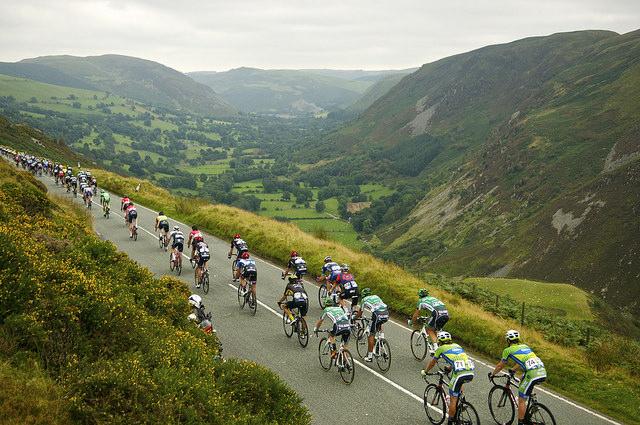 ITV4 will next month broadcast every minute of all eight stages of the OVO Energy Tour of Britain, the first time the race has ever received full coverage.

Matt Barbet and former pro Yanto Barker will be returning to present the up to six hours of live coverage each day, with a highlights programme following in the evening.

The race starts in Edinburgh on Sunday 3 September and finishes in Cardiff a week later.

Alastair Grant, commercial director at race organisers SweetSpot, commented: “It is fantastic news that for the first time viewers on ITV4 will be able to watch every second of the OVO Energy Tour of Britain live, from our start in the heart of Edinburgh to the Cardiff finish, we look forward to providing viewers nationwide with a showcase of the best Britain has to offer this September.

“We are also delighted on behalf of our partners and regional stakeholders thanks to the greatly increased promotional platform that this extended live coverage will deliver, with over 15 hours’ more coverage.”

Among the stars expected to line up for the race are Dimension Data’s Mark Cavendish and Team Sky’s Geraint Thomas, provided both make a full recovery from the injuries they sustained at the Tour de France last month.

They will be joined by other stars including the Katusha-Alpecin pair of Tony Martin, the world time trial champion, and former Milan-San Remo and Tour of Flanders winner Alexander Kristoff, who has been in rich form after winning the Prudential RideLondon-Surrey Classic earlier this month.

“This year, fans won’t miss a pedal stroke – with extended live television coverage of up to six hours each day across all eight stages of the race. Those tuning in will witness the most exciting Tour yet.”

ITV4 is in its tenth year of covering the race, having first aired evening highlights shows in 2008, and began live coverage in 2012.