Rollapaluza's Caspar Hughes shares his highlights as it turns 10 (+ video)

Rollapaluza turns 10 years of age this week, and to celebrate they are throwing a party – complete with roller-racing, of course – at Look Mum No Hands on London’s Old Street. We caught up with the Caspar Hughes, who runs it, to learn about its background and find out some of his highlights from the past decade.

With its roots in the London courier scene at the turn of the Millennium, since being established as a business Rollapaluza’s rigs are a familiar sight at cycling events and festivals across the UK, and have even travelled overseas.

“Cycling has been one of the constants in my life, growing up on Dartmoor meant that if I wanted to visit friends I had to get on my bike and ride to see them,” Hughes told road.cc.

“Roll forward a few years and after I left music college in London I got a job as a cycle courier. This is a decade of my life on which I look back very fondly. Courier culture in London was strong, I was introduced to many things, fixies (my first conversion was a £10 Cycle Gitane frame which took me 5 days to snap), racing at Herne Hill Velodrome, Alley Cats, Courier World Championships, and Roller Racing.

“Lots of races and social events were organised by a few of us and if nothing else was happening there was always the Duke of York in Clerkenwell where around 100-200 couriers would amass on a Friday night.

“Two drunken couriers, Wingnut and Keir both lay claim to coming up with the name Rollapaluza. As is typical with couriers, neither will back down so we'll never know which one it was.”

To mark its tenth anniversary, Rollapaluza has produced an infographic showcasing the numbers behind its first decade of operation. 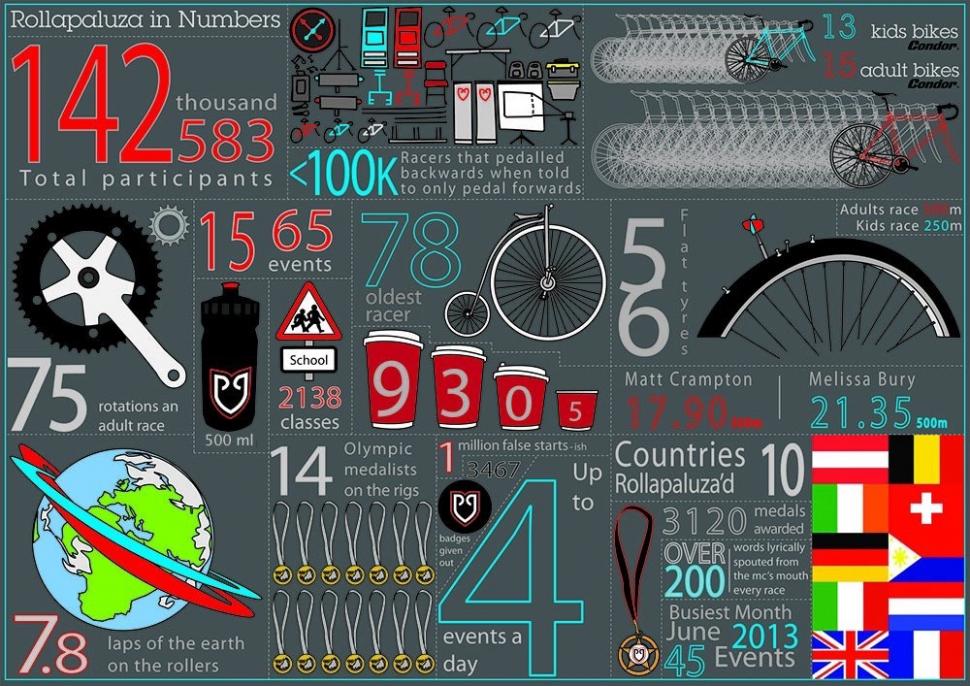 It has featured on TV in the UK and overseas, while stars from the world of cycling and beyond – adventurer Mark Beaumont and Spandau Ballet’s Gary Kemp being two examples – have raced on the Rollapaluza rigs. Hughes revealed a few of his favourite memories.

In one episode of New Tricks, the plot centred around a courier who became mixed up in the illegal diamond trade and featured a scene based around a Rollapaluza in a pub in Hampstead … like any couriers live in Hampstead!

I can still remember the Manchester Nocturne, where Chris Hoy rode. It was the first bike he'd ridden since his runaway success at the Bejing Olympics, we all had grins like the Cheshire Cat whilst waiting for him. He told us he'd had about 10 hours’ sleep that week, rolled up his jeans and went faster than anyone else had up to that point … until Craig Maclean came on stage.

This is that very Craig Maclean clip with over half a million views and we're not surprised with that leg speed, just before he posted this time, he whispered, “I've been warming up out the back and I'm going to beat Chris!” … he did.

Watching Lawrence Dallaglio get torn to pieces by Les Ferdinand who is clearly still a bag of fast twitch muscles, even if he was behaving like he'd just trashed the Blue Peter garden. Lawrence on the other hand tried to race with his shoulders and he was so slow Les was starting to get uncomfortable on the bike next to him on stage.

142mph on Guy Martin's specially made MTB was a more recent highlight, we had to tape up Craig Maclean’s calf muscles as they kept hitting the double chainring!

Delivering an event in Manilla in an enormous shopping centre, which was televised on national TV was a real eye-opener for us. I didn't really know what was happening around us but I raced the whole Filipino track squad and tactfully lost to the junior national champion in the final.

When not travelling around putting on Rollapaluza events, Hughes splits his time between Devon and London and is also an active cycle safety campaigner, sitting on the organising group of Stop Killing Cyclists.

He told us: “Buffalo Bill [founder of the online bike courier e-zine Moving Target] who was a prominent courier when I was,  also gave me my first taste of cycle safety campaigning, after Sebastian Lukomski was killed by a left turning HGV Southwark bridge in 2004 whilst working as a courier.”

The Rollapaluza tenth anniversary party takes place this Thursday 24 August at Look Mum No Hands from 7pm (see flyer below). 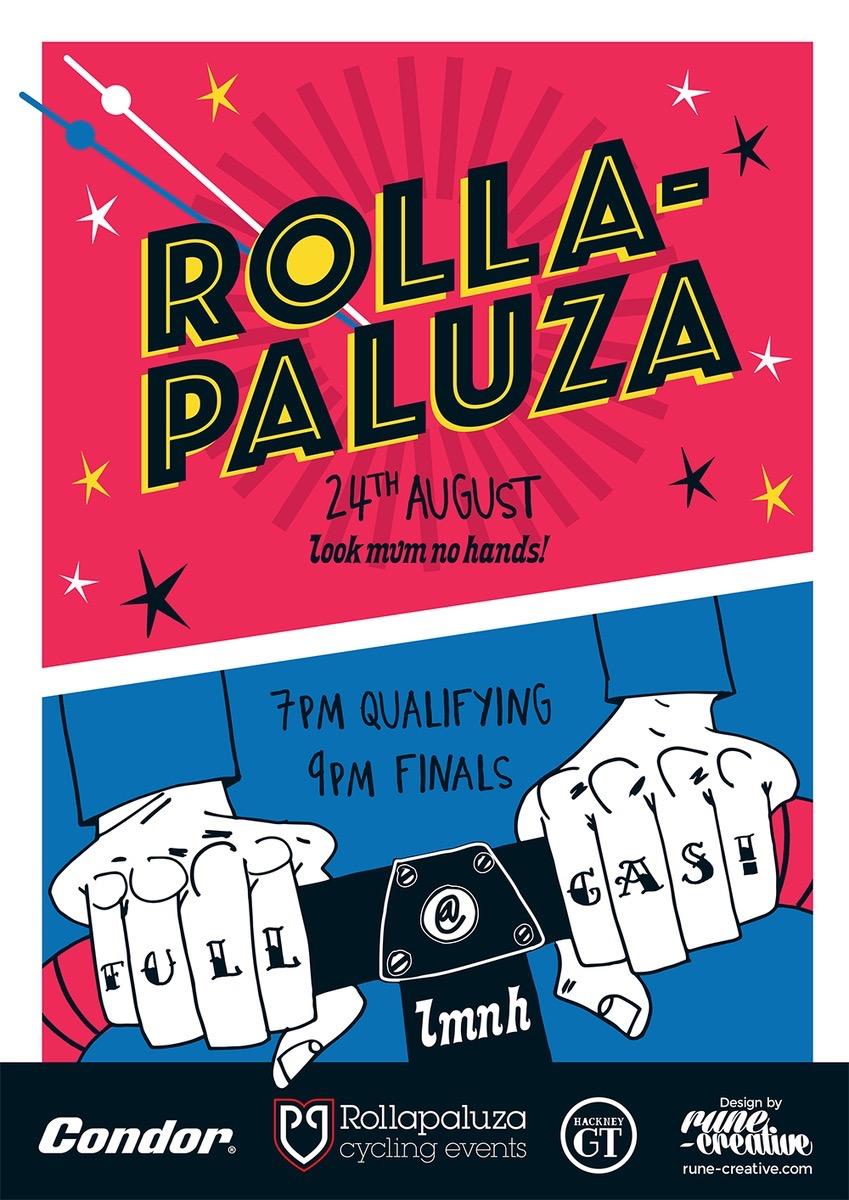 Hughes added: “Prizes include specially designed winners’ tops from Hackney GT and goodies from Condor Cycles who have been with us every step of the way since we started introducing people to their lactic acid threshold in 2007.”