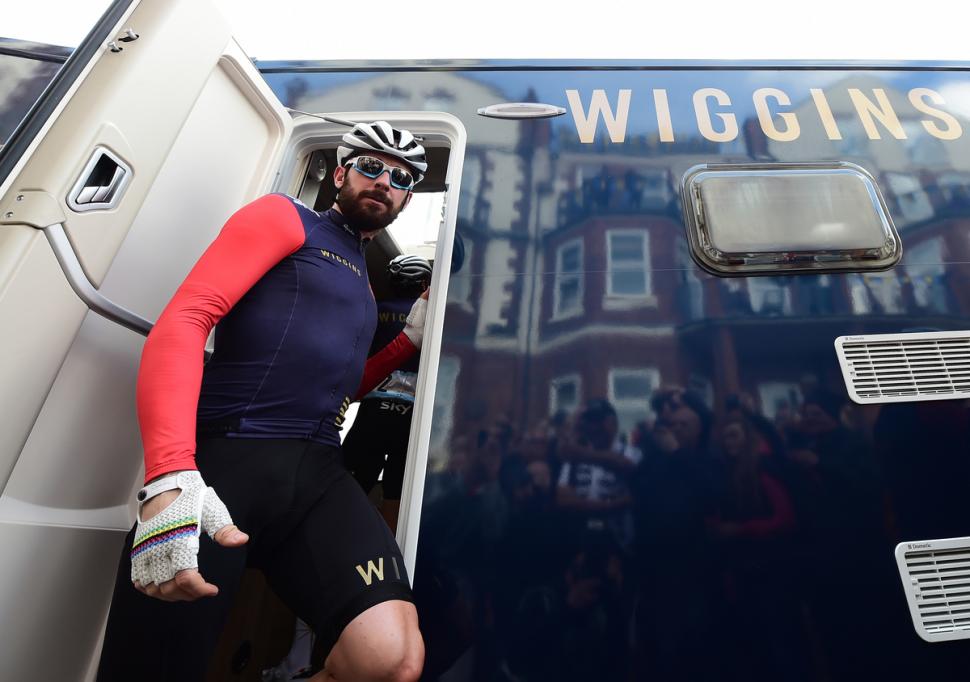 Customised motorhome used by Sir Bradley Wiggins on sale for £50,000

Bespoke touches include red and blue décor, the “Wiggo” embroidered on headrests, and Union flag motif
by Simon_MacMichael

A customised motorhome used by Sir Bradley Wiggins is up for sale for £50,000, reports the Daily Star.

Bespoke touches on the Mercedes vehicle include red and blue leather décor, the word “Wiggo” embroidered on the headrests, and a Union flag motif on the central console.

It is wrapped in the colours of the five-time Olympic champion's Team Wiggins UCI Continental squad.

The luxury motor has “Wiggo” stitched on the headrests, red, white and blue leather seats, as well as a Union flag emblazoned centre console.

Dealer Phil Humphries told the newspaper: “It was only used in one competition.

“It cost double what we are currently selling it for and would make a great collector’s item or daily driver.”

The Daily Star – which doesn’t supply a link to a listing of the van – has 4,000 miles on the clock.

It comes equipped with a bed, cooker and fridge, while a storage area at the back can accommodate several bikes.

The motorhome differs from the larger model supplied by Swift Group to Team Wiggins for races such as the Tour de Yorkshire.

It’s not the first time a motorhome associated with Wiggins has popped up on the secondhand market – in 2015, a former Team Sky motorhome was sold for £35,500 on eBay.