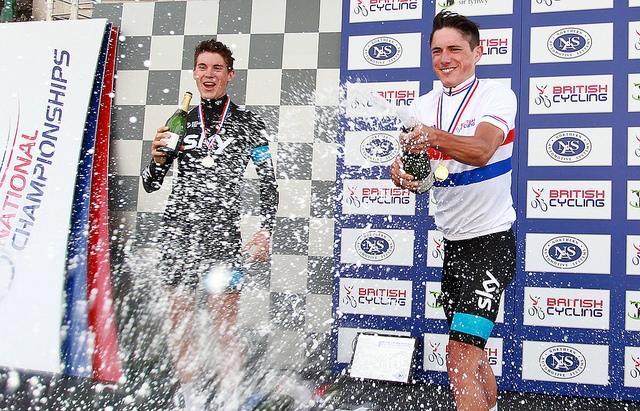 Kennaugh, 28 missed out on a place in Team Sky’s squad for last month’s Tour de France despite claiming a memorable victory on the Alpe d’Huez during June’s Criterium du Dauphiné.

Commenting on the signings, team manager Ralph Denk said: “Oss was always on our list. He is a very reliable rider, performing over the whole season.

“Besides that, he is used to work for big leaders, and in our team, he will play a key role on the side of Peter Sagan in the spring Classics.

“Peter Kennaugh did an excellent job in the past for Sky, he was several times part of the team winning the Tour.

“However, we think he has still potentials to improve as a rider. Being a strong climber, who is also fast in the flat, he should be able to win some stage races, and we want to support his development into this direction.

“Peter will be one of our leaders for one-week tours next year,” Denk added.

Kennaugh, who won the British national road title in 2014 and 2015 and who finished fourth in this year’s race on his native Isle of Man, said: “I am very excited to sign for BORA-Hansgrohe.

“It is a great opportunity for me to begin a new chapter in my career with a team of huge potential.

“Finally, I would like to express my gratitude to all the riders and staff that I have worked with during my time at Team Sky,” added Kennaugh, who joined the team ahead of its debut season of 2010 but whose career has not yet hit the heights many predicted back then.

You can keep up to date with the latest transfers on a dedicated page at Procyclingstats, and we'll be reporting here on road.cc about any significant moves.