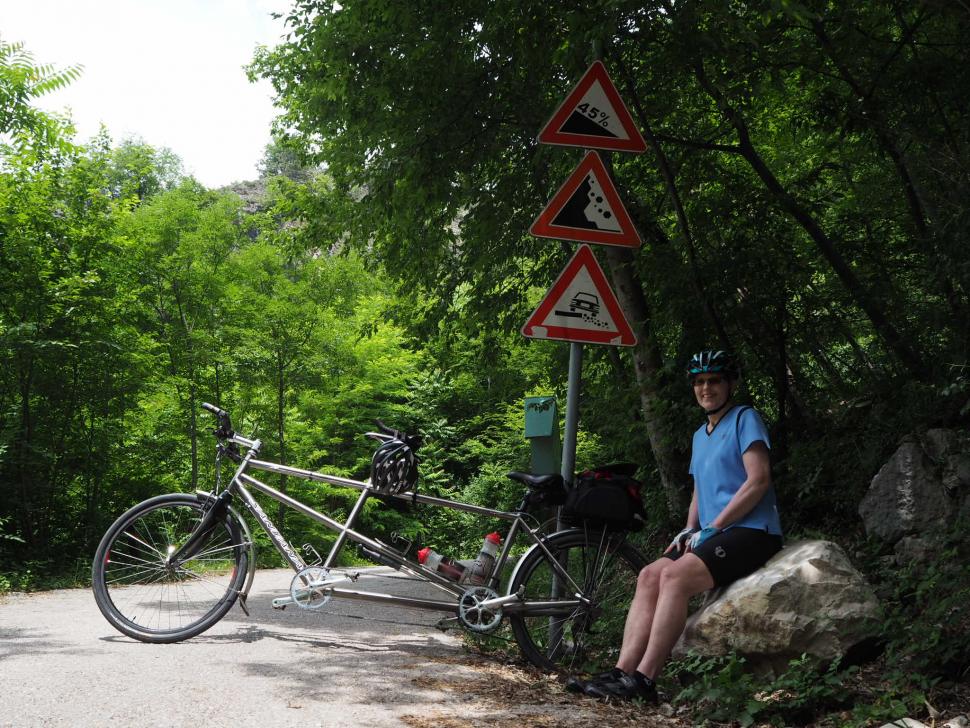 Tackling one of the world's toughest climbs - on a tandem

Our article about Italy’s Pozza San Gisele climb earlier this week, named the world’s toughest ascent, got a lot of you talking, though many wondered whether with that surface it could really be called a road cycling climb.

> Is this the hardest road cycling climb in the world? (+ video)

One that certainly can, however – and located 50 kilometres or so away, the other side of the border between Lombardy and Trento-Alto Adige – is the Scanuppia, near Riva del Garda, which is 7.5 kilometres long with an average gradient of 17.6 per cent. Many consider it the world's hardest climb.

As it turns out, road.cc contributor Richard Peploe was there just last week attempting the climb with his wife Ruth on a tandem and he told us it’s the first time he’s ever had to stop while tackling an ascent on the bike.

The bike they were riding was a Santana titanium frame in 'touring mode', equipped with mostly XTR 9-speed.

With a 24-tooth chainring, 34-tooth largest sprocket and 26-inch wheels, the lowest gear is a wall-climbing 18 inches (see our guide to understanding gears if gear inches are a mystery to you).

“It would be possible to have slightly lower gearing, but I don't think it would help much as you would still need to get out of the saddle eventually,” said Richard, “and at that point the limited traction on the semi-polished concrete surface is the limiting factor, even with advantage of a tandem's weight distribution.”

The main picture above shows the couple at the bottom of the climb, alongside a sign warning of 45 per cent gradients – although he said “that was really only on the inside of some hairpins, so it is not all like that.” 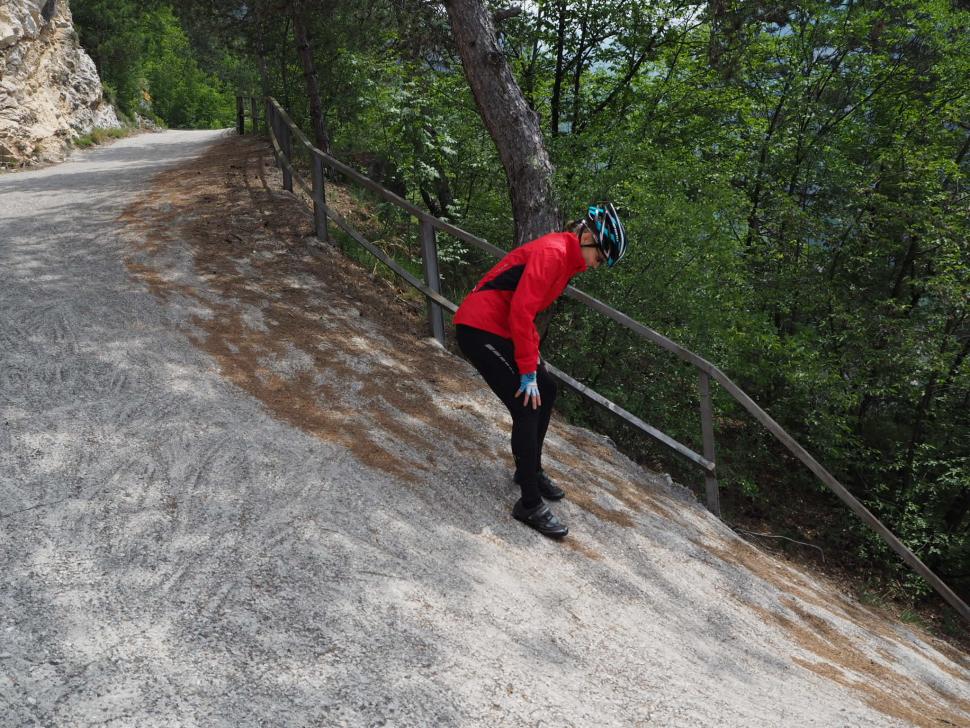 Richard continued: “The middle section had consistent 25 to 30 per cent though. It is a proper road, serving about a dozen houses; the surface is all sound concrete, so no farm track. The overall distance is about 7 kilometres.

“Maximum gradient probably counts more than average if you are claiming to be 'the hardest' and really want to make the road uncyclable,” he said.

“It is the first climb that we have ever failed to cycle on the tandem without stopping, and that includes Wrynose and Hardknott passes and some of the toughest climbs in France.

“A tandem helps for keeping the front wheel down when climbing, or the back wheel down when descending, but the limitation here was the lack of grip on the smooth concrete which resulted in wheel spin when out of the saddle.”

What goes up must come down, of course, and Richard added: “It is not until you encounter such a climb that you realise how difficult the descent can be, due to the same issue of grip.”

Richard and Ruth are still on holiday in the area and yesterday took on another spectacular climb – the Anfo ridge road, which looks thrilling and terrifying in equal measures going by these pictures on www.dangerousroads.org.