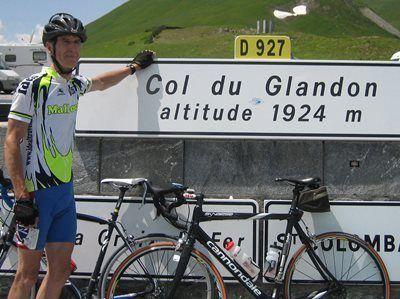 A popular Kent cyclist who was hit by an overtaking motorist as he took part in a 10-mile time trial near Ashford has died in hospital from his injuries.

John Durey, aged 69 and from Lenham, was airlifted to a London hospital following the collision on the A2070 at Kingsnorth at around 7.40pm on the evening of Wednesday 31 May, but in a Facebook post his club, VC Deal, confirmed he had died.

The post read: “It is with great regret the club announces the sad death of club member John Durey. He died today, Monday 5th June, from his injuries sustained in the serious traffic collision last Wednesday. Our thoughts and condolences are with all his family.”

Ashford Wheelers, posting on Facebook, said: “It's with great sadness that we learned today that John Durey who was involved in the car accident on the A2070 TT course last Wednesday, passed away in hospital as a result of his injuries. The whole club feels completely empty.

“As a mark of respect it has been decided to cancel this Wednesday's TT whilst we decide where we go from here.”

Members of the club met at Hamstreet village hall this evening and asked that people who would have ridden in the time trial instead donate their entry fees to Kent Air Ambulance, adding “It's about the local cycling community coming together.”

Mr Durey’s son Olly, also a keen cyclist, described his father as a popular figure, something that is evident from the tributes paid on Facebook by members of the Kent cycling community, which has been hit hard by the news of his death.

Folkestone Velo, commenting on VC Deal’s Facebook post, said: “This is tragic and distressing news for our community of Kent cyclists.

“Some of our members were marshals at Hamstreet last week and we are regular supporters of local events.

“There is no way in which we as a club can begin to understand or rationalise this senseless event.

“Our thoughts and prayers go out to John's family, friends and club mates.

“We all do thousands of miles on the road every year for fun, friendship and fitness.

“Nobody should ever have to pay this price.”

According to Kent Police, the rider was struck by a white Mercedes travelling in the opposite direction to him as its driver overtook a lorry.

Officers from the Serious Collision Investigation Unit repeated an appeal for anyone who witnessed the collision, or the vehicles beforehand, contact them on 01622 798538 or email sciu.td [at] kent.pnn.police.uk quoting AW/MS/117/17.

They added that they “would particularly like to speak to the driver of the lorry who has still not been traced.”