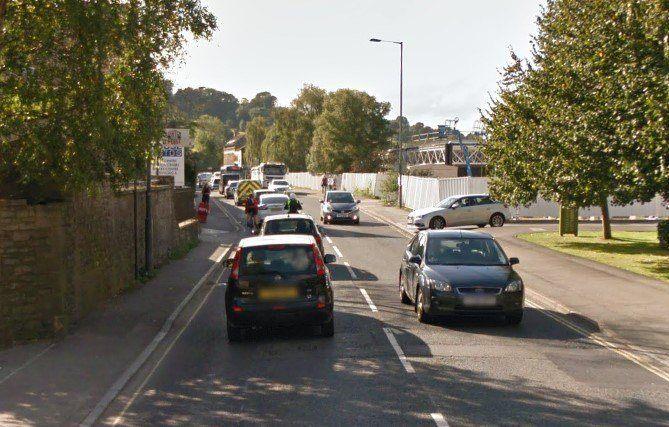 A recent attempted crackdown on close-passing drivers in Bath had to be aborted due to insufficient traffic speed. Police had hoped to educate drivers who passed too close to cyclists on Friday, but heavy traffic on Lower Bristol Road meant that those on bikes were actually the ones who were passing motorists.

Avon and Somerset police last week announced that it would be carrying out a close-pass crackdown on two ‘hotspot roads’ which often see near-misses.

However, The Bath Chronicle reports that only one driver was stopped in Bath as the traffic was too slow.

Officers reacted by moving further along the A4, but motorists were said to be leaving plenty of room on what is a much wider road.

“Only one driver was stopped in Bath but there was lots of passing interest. The operation is not just about the motorists and cyclists stopped, it is about raising awareness of the danger caused to cyclists by motorists passing too closely.

“The reason we didn’t stop many vehicles is that the traffic flow at the time of the operation was too slow. Our cyclists were not being passed by traffic – it was the other way round.

“We did go further out along the A4 but we were pleased to see that car drivers were leaving plenty of room for the cyclists at that location.

“The operation was a success in raising awareness but it was the first time it had been run in the Avon and Somerset area and we will review the timing and location for next time.”

The equivalent operation in Bristol was slightly more eventful. Seven drivers and two cyclists were stopped by officers, while one driver was reported for careless driving and no MOT.

Some suggested locations for close-pass operations in Bath

Local cycle commuters – including those in the road.cc office – could have pointed Avon and Somerset Police towards a number of roads in the area where the traffic moves freely even during the rush hour and which are well known among local cyclists as close passing blackspots.

Southbound leaving Bath on the A367 Wells Road, an uphill stretch that climbs for about a mile from the city centre features pinch points near the top between which traffic accelerates.

Traffic is heavy and relatively fast moving at all times during the day with a lot of lorries and buses. There is a hospital, a number of schools, and large supermarket at the top, so shift workers and youngsters can be seen cycling up this road during the day. (Closest pass: editor Tony reckons he could have written his name with his elbow in the dust on a large HGV if he hadn’t been busy concentrating on not being knocked under it.)

The A4 between Saltford and Keynsham roundabout is another route used by a lot of cycle commuters as it’s a much more direct route if you are travelling between Bath and central, south or west Bristol. Traffic flows freely at either end of this section.

North Road/Claverton Down Road through Combe Down may be all clogged up in parts during rush hour but other sections are quicker moving. Loads of school kids cycle along it to Ralph Allen secondary school. The road connects the school, Wessex Water HQ, and Bath University plus a number of local routes out of town, but it's also a rat run for people trying to get round Bath from the A36. It's narrow and not suited to the volume of traffic using it.

On Upper Bristol Rd, the cycle lane disappears at various times going out towards Windsor Bridge and traffic is usually heavy. At the traffic lights there’s an advanced stop line, but motor traffic often tries to accelerate past when the lights change so that they don’t get stuck behind cyclists on the slope up towards the Weston Pub. With the road ahead narrower, this often results in close passes.

The B3110 is as busy as an A road (albeit without HGVs) and on the 1.5 miles from Hinton to the Two Tunnels route in Midford cyclists will regularly be skimmed.