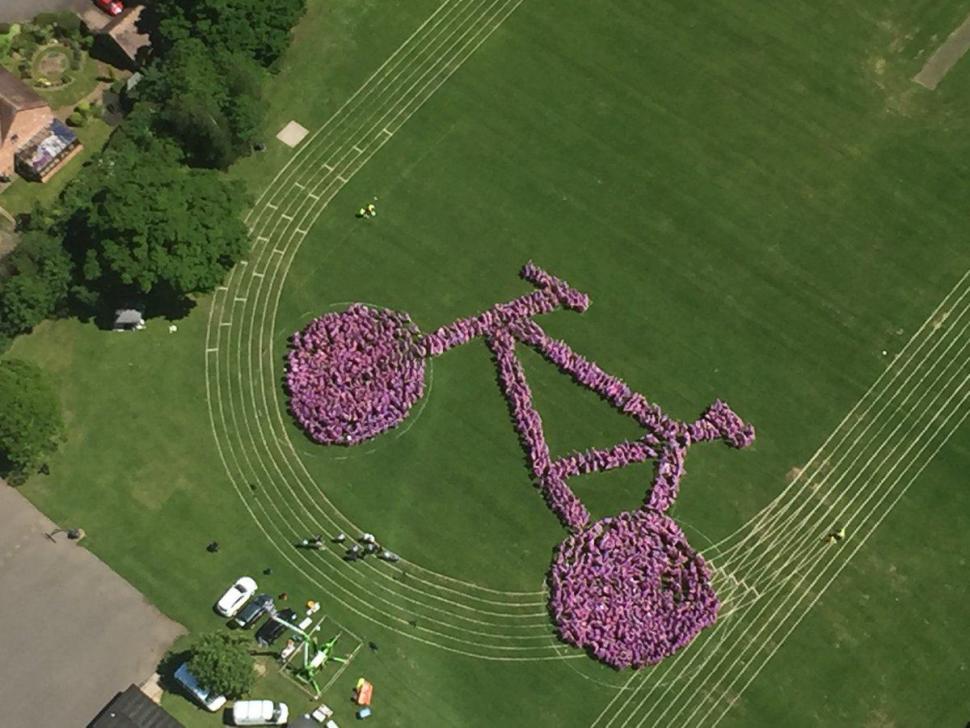 Largest ever human image of a bike (Kenilworth School via Twitter).jpg

Pupils and staff at Kenilworth School were joined by staff from Warwickshire County Council on Friday to set a new Guinness World Record for the ‘largest human image of a bicycle’. Warwickshire News reports that 1,148 people took part in the attempt which celebrated the return of the OVO Energy Women’s Tour.

The previous record of 891 people was set by the community of Silloth-on-Solway in Cumbria, during the Tour of Britain in September 2015.

Those involved were required to stand around in their pink ponchos for a full hour as the Guinness World Records adjudicator had to ensure there weren’t any breaks in the links between them.

Hayden Abbott, head teacher of Kenilworth School and Sixth Form said: “I feel delighted for the students and for everyone involved that we’ve achieved a world record. It’s a great sense of bonding and cohesion. It feels really good and a great way to end the half term.”

The OVO Energy Women’s Tour returns to Warwickshire on Friday June 9 with a stage starting in Atherstone and finishing in Royal Leamington Spa.

The county council is making a number of efforts to engage the next generation of cyclists in the lead up. In particular, it is hoping to encourage local children to see cycling as an alternative way to travel, as well as a leisure activity, with an emphasis on developing their cycle skills and road safety awareness.