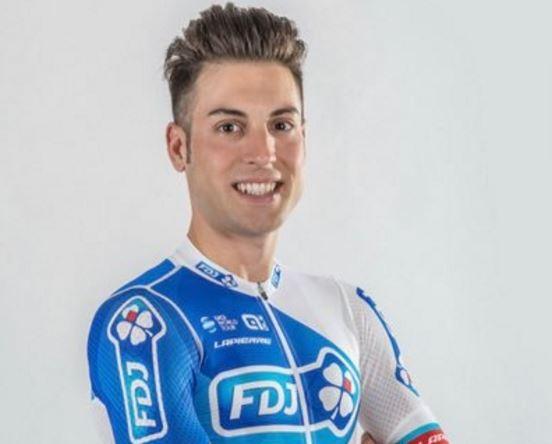 FDJ rider Davide Cimolai has appealed to drivers to “respect the rules of the road” that he was knocked off his bike by a motorist while training near his home in Pordenone, north east Italy.

The incident comes after a number of high-profile deaths of bike riders in road traffic collisions in Italy, including those of pro cyclist Michele Scarponi in April and former MotoGP world champion Nicky Hayden this month.

He said: "I’d just left home. A car had the left indicator on to park. I passed it on the right and the driver suddenly turned in the opposite direction to the arrow.

“It hit me, I found myself on the ground and then I wasn’t aware of anything. I have some bumps and bruises all over my body, but luckily nothing’s broken.

“I didn’t have to go to hospital. It could have been worse, even if my bike was completely destroyed.”

Referring to those recent deaths, he said: “It’s a terrible period.

“This time, it was due to inattention. In the car was a couple who got out, terrified – they knew they’d made a mistake.”

On Sunday evening, he posted a video appeal on Twitter for drivers to “respect the rules of the road,” adding, “today I was really lucky!”

Cimolai insisted however that his injuries would not change his racing programme.

“I won’t miss training days,” he told La Gazzetta dello Sport. Tomorrow morning, I will wake up full of aches and pains but I will be able to pedal.

Luckily I can take part in the Dauphiné , which starts next Sunday.

“Then I will be at the Tour de France working for [Arnaud] Demare.”

Between those two races, he also plans to challenge for the Italian national road championship, which he believes this year has a course that suits him.