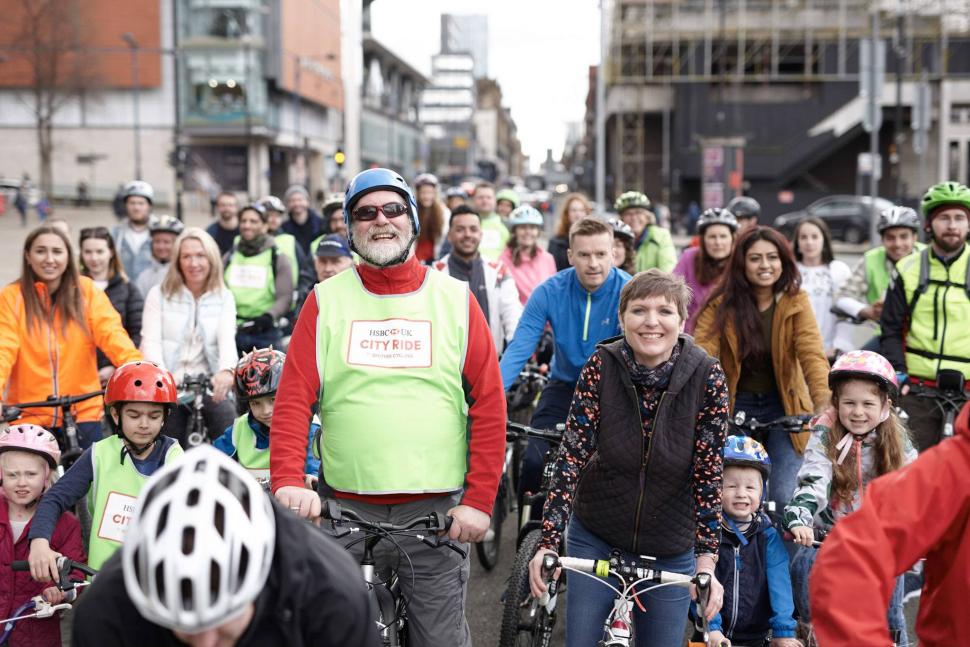 Starting on June 11 in Birmingham this year the series will close city-centre streets in 13 separate local authorities. The events will run until September this year, and for the next four years until 2020 by which time the organisers hope to have inspired 2 million new riders to bring cycling into their lives.

British Cycling and HSBC UK's overarching goal is to make cycling the number activity and sport of choice in the country. Along with a number of high-profile sporting ambassadors - including Sir Chris Hoy and Laura Kenny - Britain's cycling governing body hopes that this is the first step towards achieving that goal.

HSBC's Global Head of Sponsorship, Giles Morgan, the man responsible for the partnership with British Cycling, pointed out the benefits cycling has on the health of the nation.

“We know that more people cycling will lead to a healthier, greener, happier nation, making a significant impact on issues such as obesity, depression and pollution," Morgan said. "Cycling can be the solution to so many problems in this country and HSBC UK City Rides is the first step on that journey.”

Speaking about the City Rides, 6-time Olympic gold medallist Hoy said: “By opening up the roads of some of our biggest cities, we want to demonstrate the change and benefits that can come from having cities with fewer cars and more bikes.

"These events are the first step towards achieving that goal and getting two million people cycling by 2020.”

Laura Kenny, meanwhile highlighted how family-friendly these events are set to be.

Kenny said: “Events like HSBC UK City Rides are great for families with young children who want to experience the thrill of riding on roads for the first time in a comfortable and fun environment

“When I was growing up, I would have loved the opportunity to take part in an event like this with my family. It’s a completely free day out and is just about embracing the simple pleasure of riding through a city by bike, give people a new perspective."

Starting on June 11 in Birmingham, the events will span the country. The full list of dates and locations can be found below: