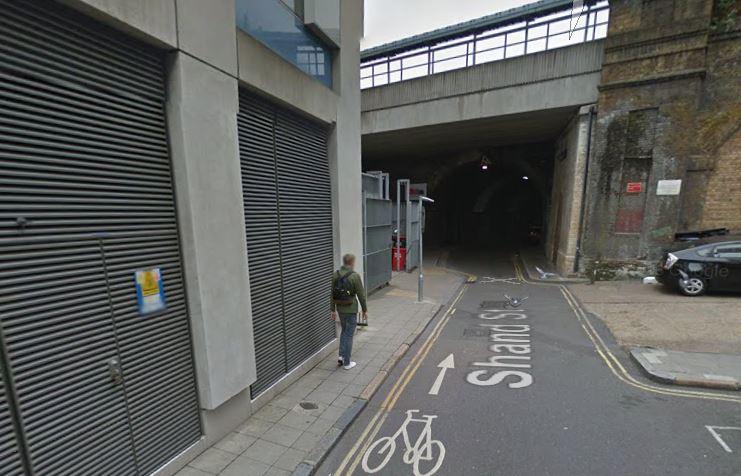 “It’s just the stupidity of her father and what could happen that worried me,” says rider who shot the footage
by Simon_MacMichael

A London cyclist has described his shock at seeing another rider pedalling along with one hand on the bars while pushing his daughter in a pram.

John Newby spotted the parent and child on Shand Street in Bermondsey, which passes beneath the railway lines out of London Bridge station.

He filmed the incident, which took place on a street that motorists regularly use as a rat run, with footage posted on Metro.

“I was just driving down the same road I use every day, near London Bridge, when I saw the cyclist pushing a pram,” he said.

“I only looked over quickly because I was more busy looking where I was going, then I just thought ‘there’s a baby in that pram’.

“That’s why I was so shocked. It was 9am so I guess he must have been to drop one of his other children at school.”

He continued: “When I looked around, the little girl was smiling – oblivious to the risk her father was opening her up to.

“I couldn’t believe it. It’s a side road, but cars still go up and down it at about 20 miles per hour.

“You can’t see it on the video but there were men and women on the other side of the road looking at it as well.

“The little girl could have fallen into the road if her dad had swerved or hit the kerb. Her dad was just using one hand as he cycled along.

“The girl, by all accounts, looked to be enjoying herself.

“It’s just the stupidity of her father and what could happen that worried me,” he added.

He said that he told the child’s father: “Personally I think it’s very dangerous.”