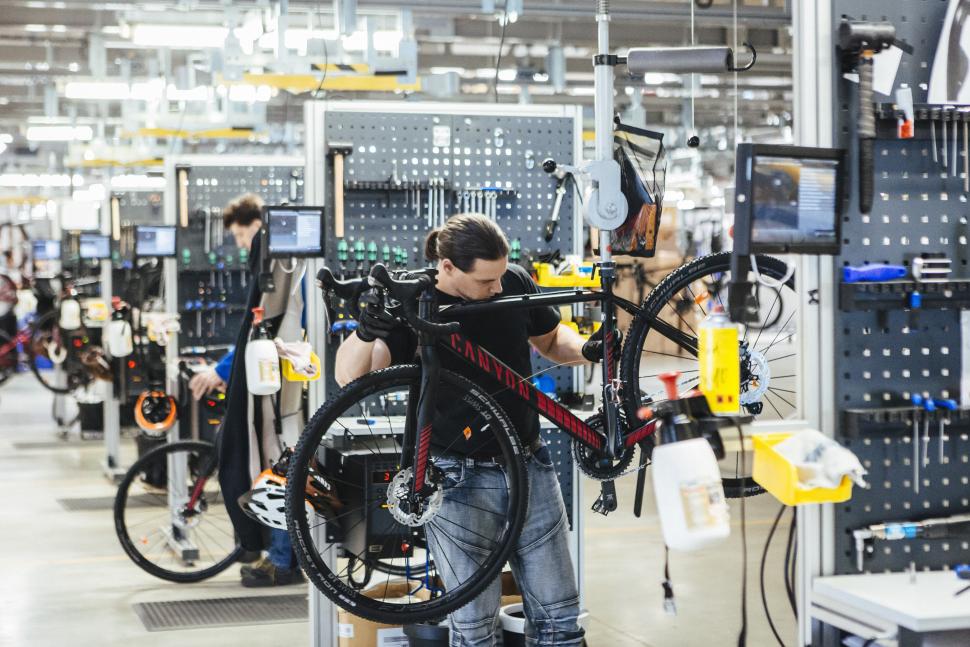 After weathering a storm of customer criticism regarding late orders in 2016, Canyon now says that such problems are behind it and that delivery times are “extremely stable, even record-breaking.”

In February of last year, Roman Arnold, Canyon’s founder and CEO, wrote to customers outlining problems the firm was experiencing following a move to a new factory in Koblenz and the simultaneous introduction of a new IT system.

The new system resulted in a loss of customer and order information with many customers subjected to long delivery times.

Arnold said that the firm’s customer service was also ill-equipped to answer the huge number of enquiries which ensued.

Canyon now claims that all such problems have been overcome.

In a statement, the firm said: “All stages of production, delivery and service are working according to plan, problem-free, and smoothly at the newly opened Canyon Factory where around 300 bikes are being produced daily, nearing the capacity of the facility. In spite of this enormous demand in 2017, shipping is running smoothly and delivery times are extremely stable, even record-breaking.”