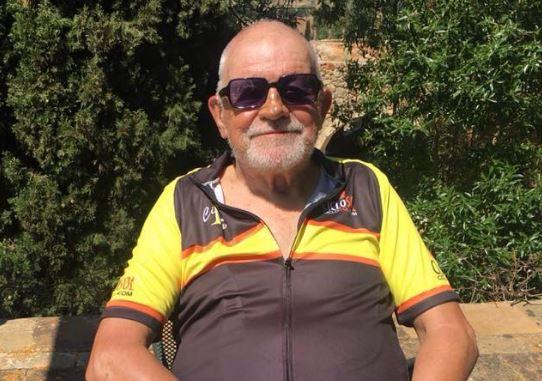 Bryan Stout, described as a “stalwart” of cycling both as a campaigner and club member, has been k killed while riding his bike in Mallorca yesterday following a collision involving a vehicle driven by a man reportedly driving under the influence of drink and drugs.

The Diario de Mallorca reports that Stout, who was due to celebrate his 86th birthday on Sunday, died instantly in the crash which happened at around 2pm in Port d’Alcudia, a hugely popular destination for cyclists from the UK and beyond

Police are trying to establish the precise circumstances of the fatal incident, but tested the motorist, a 48-year-old Spaniard, for alcohol and drugs. He returned a positive test for both.

Formerly a volunteer PR officer with the London Cycling Campaign (LCC), the 86-year-old was also vice-president of the Catford Cycling Club, where he helped establish the Hell of the Ashdown sportive, and a past president of the Pedal Club.

Dozens of tributes have been left on his Facebook page, typically referring to the warmth of his personality and sense of humour.

Stout’s own final post there was made on Monday.

Besides his former role as a volunteer at LCC, Stout had been closely involved with Stop Killing Cyclists, whose co-founder, Donnachadh McCarthy said on the campaign group’s Facebook page that he was “gutted” to hear the news.

He wrote: “Bryan Stout was a stalwart supporter of Stop Killing Cyclists since we were founded.

“A lovely. enthusiastic, courteous and constructive campaigner for safer roads.

“A terrible loss especially for his family and friends but also to our wider cycling community.

“I personally shall miss his generous and encouraging support to much of my cycling and wider campaigning work.

“Bryan did not deserve to die from road violence.

“Nobody deserves to die from road violence.

“And so I am sure that I speak for all of us when I say, we shall re-dedicate ourselves to ending the lethal violence on our roads," he added.