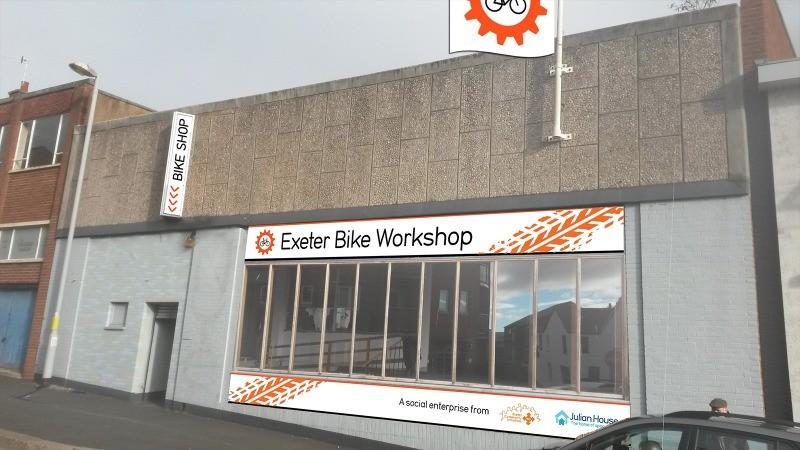 A successful crowd funding campaign has allowed what was Exeter's temporary homeless winter shelter to be transformed into Exeter Bike Workshop.

The bike shop, which organisers say is ‘creating real opportunities for the homeless & excluded”, will launch on Market Street today.

It’s a mere month since the project hit its £16,000 funding target online.

The hub for cyclists will support people who have been homeless or the long-term unemployed to get training and skills.

It’s a partnership between The Bike Bank, which uses volunteers to mentor and train vulnerable people in bike repair skills, and Julian House which runs the city Homeless Outreach Service and has similar bike workshops in Bath, Trowbridge and Bristol.

Julian House social enterprise area manager Esther Passingham told Devon Live: "We hope that this will be somewhere that's good for the community and a real asset to the city.

“We'll be offering top quality retail services for cyclists in tandem with opportunities for training and work for socially excluded people".

Local residents will be able to buy services, new bikes, accessories and clothing as well as refurbished bikes at affordable prices for people on a low income.

"We want to be part of the revolution that is taking place in Exeter," said Esther. "We want to get even more people cycling in the city."