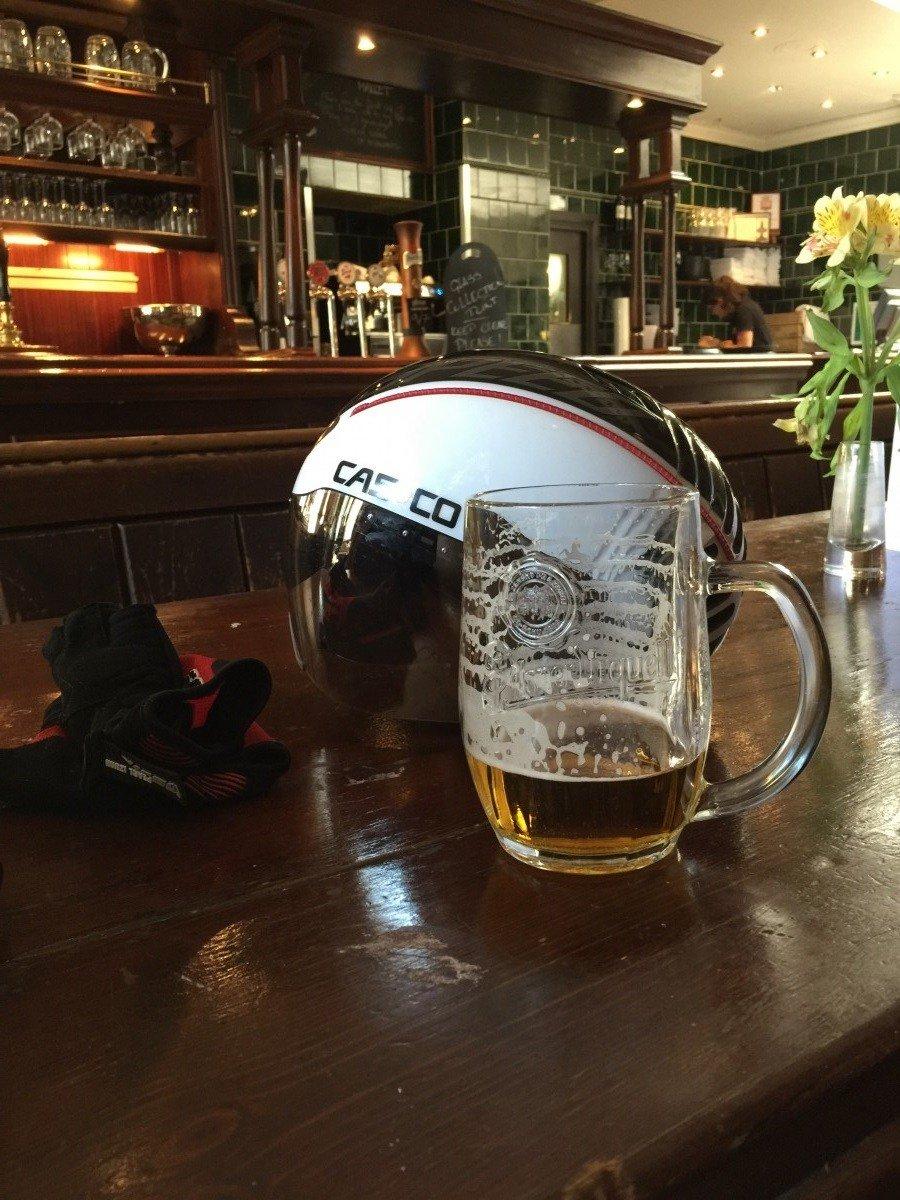 Beer and a helmet - image via Judge dreadful on roadcc

Drivers should not be able to drink a whole pint of beer or glass of wine before getting behind the wheel of a car, council leaders have said.

As drink driving rates remain high, and collisions deadly, the Local Government Association said that the limit of 80mg per 100ml of blood should be reduced to 50mg, in line with Scotland.

It believes that the measure will counter the popularly held view that drinking a glass or two of an alcoholic drink before driving is acceptable.

The drink driving alcohol limit in England and Wales is now the highest in Europe, and since 2010 around 240 people a year have been killed by drunk drivers.

The numbers have not come down, despite campaigns for education and awareness.

Experts believe the number of deaths could be reduced by 170 in the first year alone.

The number of accidents in Scotland fell by a fifth in the first year that the new limit was imposed.

Simon Blackburn, chairman of the LGA’s communities board, told the Times: “The government should be toughening up drink-drive laws in line with other European countries which will make roads safer and save lives.” Ministers have repeatedly refused to lower the limit, insisting that a change would penalise sensible motorists.

Last year we reported how the family of a hit and run victim killed following a collision with a drink driver launched a petition calling for a review of sentences for driving offences.

Graham Ruecroft was cycling near Wallingford, Oxfordshire, on June 4 last year when he was hit by a dark coloured Kia, driven by Maria Sutton, who was over the legal limit for alcohol.

The family of Ruecroft have expressed dismay at the maximum penalty for dangerous driving, which currently stands at 14 years, and are hoping for justice when Sutton is sentenced next month.

Sutton failed to stop after the collision and Dr Ruecroft died of his injuries in hospital five days later.

Dr Ruecroft’s brother, Malcolm, said he believes the maximum sentence of 14 years for the offence should be higher.

He said: “What Sutton did after the incident – she left him in the road to die – that is what has destroyed us the most. Now we need justice."