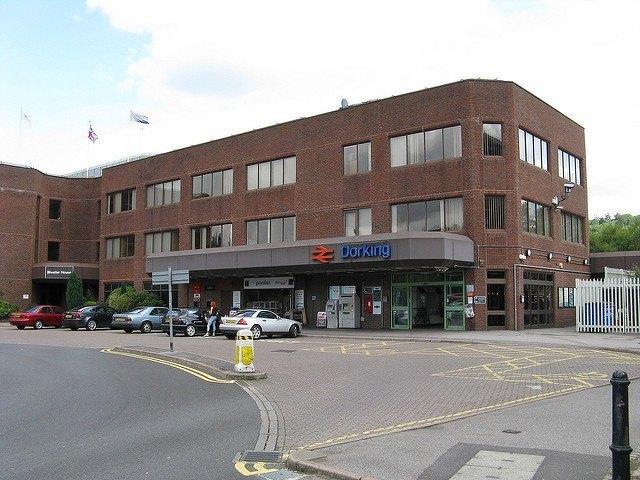 Dorking cycle hub delayed because no-one made a sign

Cyclists at a busy Surrey commuter station have been venting their frustration as a brand new cycle hub remains empty - because no-one made a sign for it.

The hub, which will hold 80 bikes, is complete, but has barely been open since the the advertised completion date of January 3, pushed back from an original estimate of April 2016.

For the last two weeks it has bee closed pending "wayfinding signage" to be installed.

Dorking resident Graham Norfolk, 45, told the Surrey Mirror: "They started work on it about October/November time. One day they just shut down all the existing bike racks, cordoned them off with the bikes still in them and everything.

"Since the work on the hub has been going on the only parking has been a temporary rack up at the main station building but, to be honest, that is tiny and gets full very quickly.

"It was meant to open fully on January 3 and it has been open at points since then but I have only found it open and managed to use it once.

"But then in the last two weeks or so it has just been completely locked up with no explanation at all as to why."

He said: "It got to the point earlier this week when I was cycling around, went to the hub, saw it was closed but saw there were some railings out the front which I locked my bike too.

"I got back that evening, in the pouring rain and after the usual train chaos, to find that they had put signs up saying that if bikes were left on the railings they would be removed, I mean where are we supposed to leave them with the hub shut?

"I am not some arch environmentalist, I just want somewhere to park my bike as I don't want to drive to the station, as it already has problems with parking."

A spokesman for Southern Rail said it only opened because a contractor accidentally left the door open.

It is hoped it may open this week.

He said: "We'd like to thank bike users for their patience while the 240-space cycle hub is being completed.

"We're almost there and we fully expect the hub to be open for use next week.

"Until then, we respectfully ask cyclists not to chain their bikes to the handrail adjacent to the footpath. This is designed for pedestrians to use."

As well as the 80 spaces, the new hub will include secure smartcard access, improved lighting, CCTV and signs.