World champion Peter Sagan has been pictured in the rainbow jersey he will be sporting this year with his new team, Bora-Hansgrohe.

Besides the names of the German UCI WorldTour team’s sponsors, it also bears two-time world champion Sagan’s own personal brand logo on the back. 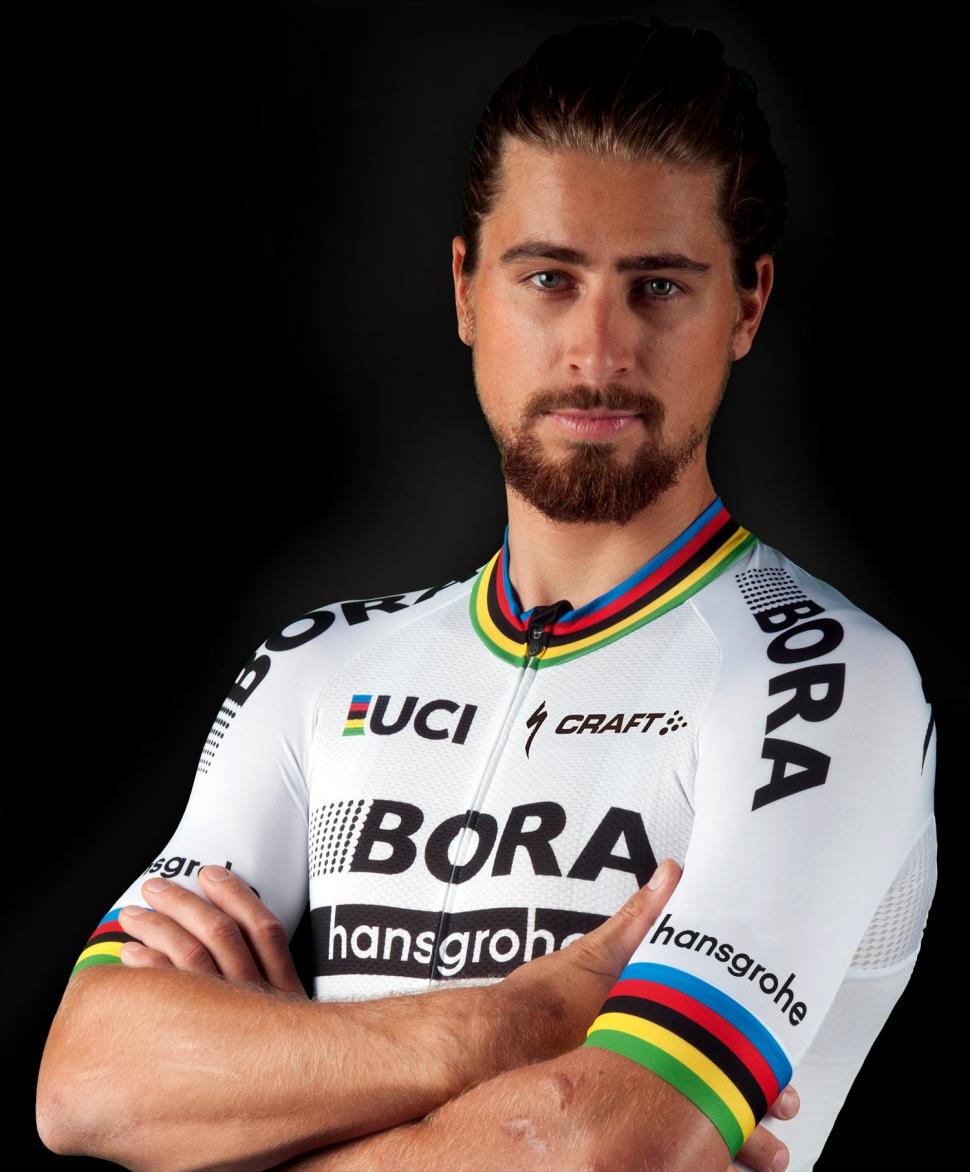 Team manager Ralph Denk said: “Obviously, it is a special moment in the life of a team manager to present a World Champions jersey. I am very proud and thankful that I am awarded this honour now.

“Peter is once again the ‘eye catcher’ in the peloton, this is also important for our sponsors. We decided to put Peter’s own logo on the backside of the jersey as a special ‘thank you’ for his outstanding performances the last years.”

Sagan said: “I am proud to wear again the rainbow jersey, now in the lights of Bora-Hansgrohe.

“But with the new year also the records start from zero again, now again hard work will be the basis for success. With my new team, I am sure, we are on track so far.”

The Slovak rider has also been showing off the Specialized Venge bike he will be riding this season, which comes with an iridescent silver paintjob – a subtle nod to his status as world champion, with the word ‘iridescent’ having its root in the Latin ‘iris,’ which means ‘rainbow’.

Sagan is currently in South Australia preparing for this month’s Tour Down Under, and found time ahead of the New Year to pop in on former Tinkoff team mate, Michael Rogers, who retired last year due to a heart condition.

Had some cyclist turn up at my doorstep asking for water. Great to see you @petosagan pic.twitter.com/tf9P8gmcry