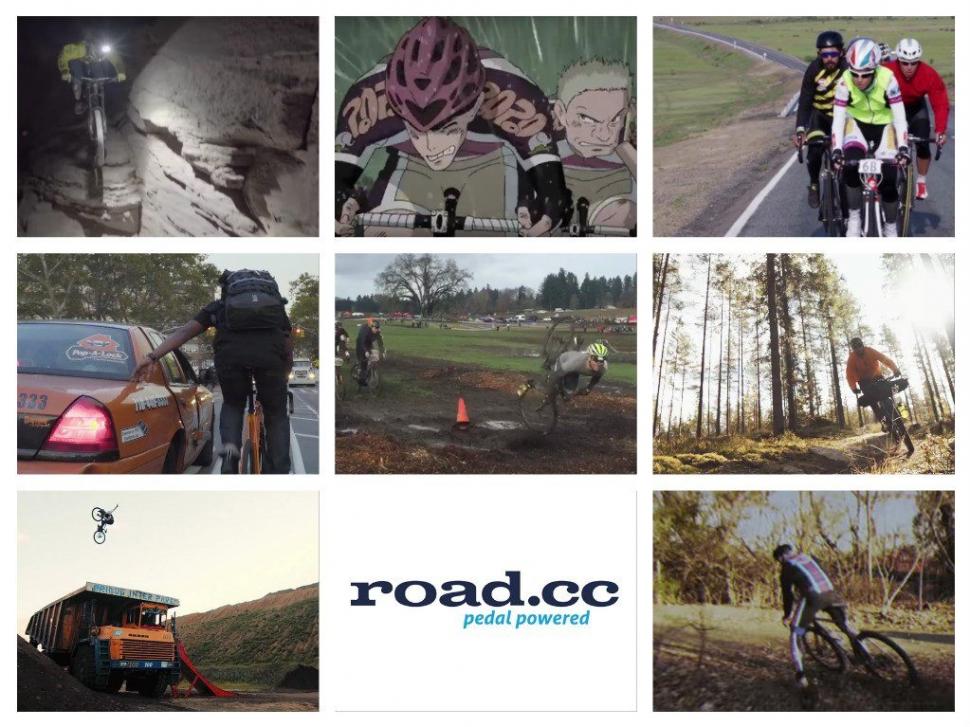 Cycling video round up – a bit of animation, some moon and doom riding, a lot of Russia, and the usual cache of crashes (one truly spectacular)

A selection of mostly fat-tyred and dirt based cinema this week, with added ooof
by VecchioJo

Lots of fatter tyred action this week, jumps, raw power, night riding, bike packing and a few crashes, with most of your road needs coming via anime, some Japanese cycling animation to watch with your post ride tea and crumpets.

The Short History of Cycling Anime

Cycling anime is a pretty niche genre, but it turns out there’s quite a lot of it. Here’s a bluffers guide to some of the Japanese animated films that feature bikes. Just don’t call them cartoons, ok.

Russian rider  Evgeny Kurnikov traveled to Krasnokamensk in the east of the country to play about on the trucks and tailings of the huge coal mines there. The town is best known as the site for Russia's largest uranium mine, which it looks like Evgeny chose to avoid.

Staying in Russia the Red Bull Trans-Siberian Extreme ultra-stage bicycle started in Moscow for its second edition and finished in Vladivostok 14 stages and 24 days later. At over 9,000km long it’s one of the longest races in the world so you can expect a lot to happen, as you can see in this video.

Not Far From Home with Erkki Punttila

Here’s Finnish rider Erkki Punttila setting off for an adventure on his steel singlespeed Kona Unit. Erkki straps his bikepacking kit to the Unit, loaded up his old fishing boat, Sitikka, (as you do) and pedals off into the night for a micro-adventure. Steel bike - tick, singlespeed - tick, beard – tick, making coffee – tick. That’s Bikepacking Bingo.

Recently ‘retired’ cyclo-cross legend Sven Nys turned up at the Singlespeed Cyclocross World Champs in Portland. Trying to keep his appearance a secret the two-time cyclocross world champion registered under his American pseudonym of Stan Nice. Here he is showing eventual winner (and no slouch) Adam Craig how to ride the mud like a Pro.

Deluxe Cycles in Brooklyn, New York have come up with a project that celebrates the key principles of rally and bicycle racing, recognizing and paying homage to the similarities between the two in the engineering, design, athleticism, competition, and a team to pull it all off. Inspired by the iconic Martini livery there’s a collection of race and casual clothing, caps, bottles and a seriously limited run of four Affinity Anthem framesets.

Messenger bag, cycling apparel and footwear manufacturer Chrome Industries brought together some members of what they call their Familia (sponsored riders, ambassadors and testers to you and me)  and went for a pootle around the streets of NYC. If you look closely you might be able to spot some of their product.

After Pump Battle stops in London, Berlin, Riva del Garda, Willingen and Arnhem it was time for the big finale of the Pump Battle Worlds in the Netherlands. Over 80 BMX and MTB riders fought it out on the mini indoor pump-track to the soundtrack of Euro dance tunes. Looks fun, crashy fun.

Professional freeride mountain bike rider Darren Berrecloth takes advantage of the Supermoon to ride the King Kong MTB Trail at night*, something that looks tricky enough in the daytime.

*He also has some ridiculously bright lights to help.

Here’s a Strava flyby of the spiral at the Scottish National Cyclo-cross Championships. And you thought being inside it was confusing.

Over the ‘cross bars

Here’s another doing quite well until it went quite bad. Here’s a rider in the top three of a beach race getting it badly wrong riding over a groyne and then having the rest of the field ride over him.

On that note, have a good weekend on your bike, whatever wheel size, try not to crash eh?