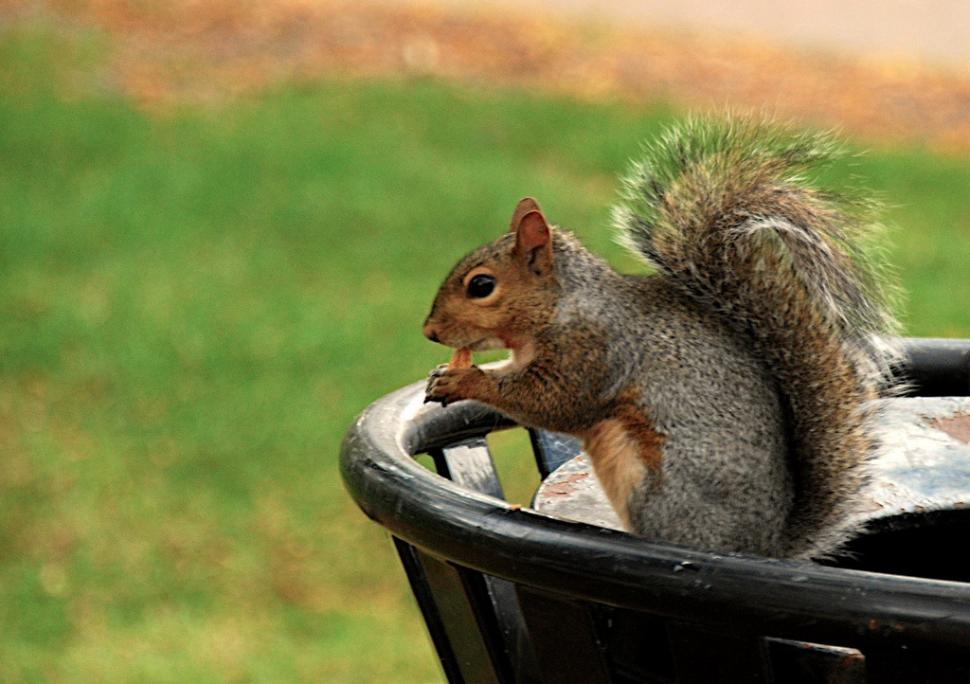 "I can think of no other reason for this squirrel's actions than that it was like a suicide bomber, getting revenge"...
by Alex Bowden

A Chicago politician who railed against oversized squirrels munching through rubbish bin lids has suffered a series of injuries after one managed to entwine itself in the spokes of his bike as he rode along a local trail.

Alderman Howard Brookins repeatedly raised the issue of squirrels and bins at a local meeting a few weeks ago.

“It’s a pet peeve. It does invoke some giggles. But we are spending too much money on replacing garbage carts because the squirrels continue to eat through ’em,” he said.

“I get calls, ‘I need a new garbage can.’ I just gave you a garbage can. ‘Well, the squirrels ate through it in two days.’ And nobody wants trash throughout the community, so they keep asking us for garbage cans.”

The Chicago Tribune reports that while cycling along the city’s Cal-Sag Trail on November 13, a squirrel silently darted into Brookins’ path without him noticing it.

A photo he later published to Facebook shows the poor victim entangled in his bike wheel.

Brookins took the incident as an attack, however. "I can think of no other reason for this squirrel's actions than that it was like a suicide bomber, getting revenge," he said.

Brookins needed surgery after suffering a broken nose, a fractured skull and the loss of five or six teeth.

"Some lady came along the trail and found me lying there next to my bicycle and called 911," he said. "I only saw the squirrel when I came to and saw it stuck in the wheel."

When we reported on a similar incident in 2014, a quick straw poll of the road.cc team revealed near-misses or collisions with animals including deer, rabbits, pheasants, a water vole, a badger, a rat, a lizard (in France), a brown snake (in Australia), a peacock (rather improbably, on the outskirts of Cambridge) and a chicken at the bottom of a 50mph descent.

To that list, this writer will add some sort of bird of prey which swooped, failed to land on a fence and consequently found itself hovering eighteen inches above the ground in the middle of the road, unable to swiftly regain altitude.

Fortunately, despite its unheralded appearance precisely coinciding with a swig of water, there were neither human nor avian casualties on this occasion.