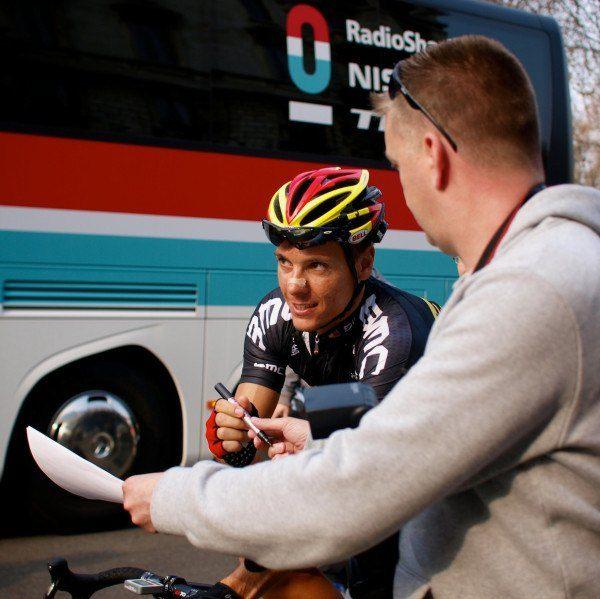 Ex-world champ argued his contract with Omega Pharma Lotto was rendered invalid by team's merger with Quick Step...
by Simon_MacMichael

Philippe Gilbert has been ordered by a court in Belgium to pay the management company of his former Omega Pharma-Lotto team 300,000 euro for breach of contract after he left it at the end of the 2011 season to join BMC Racing.

Gilbert left the team after a stellar season in which he won the Ardennes hat-trick of the Amstel Gold Race, Fleche Wallonne and Liege-Bastogne-Liege, as well as the opening stage of the Tour de France, putting him into the yellow jersey.

However, he decided to leave the team, managed by the Belgian Cycling Company (BCC), after it was announced that its owner Mark Coucke, founder and CEO of Omega Pharma, was merging it with Patrick Lefevere’s Quick Step, reports LaLibre.be.

In March 2010, Gilbert extended his contract with the team until the end of 2011, with an option for it to be extended to 2012. Coucke maintained that by leaving the team at the end of the 2011 season, Gilbert had broken his contract.

The 34-year-old, however, insists the merger between the two teams meant that his contract with BCC terminated at the end of 2011.

A court in Ghent last week ordered Gilbert to pay BCC 300,000 euro, although the team had been seeking to recoup a total of 715,000 euro, the amount it paid him in bonuses for his performances in 2011. The rider has the right to appeal the decision.

Gilbert went on to win the world championship in 2012 and while he has won races including the Amstel Gold for the third time and stages at the Vuelta and Giro d’Italia with BMC Racing, he has been unable to repeat his dominant form of 2011.

Coincidentally, he is moving teams for 2017. His destination? Quick Step Floors.