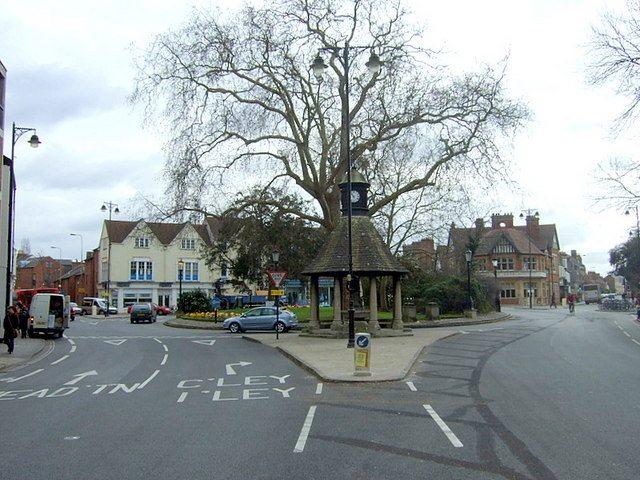 Cycling campaigners in Oxford have called for private cars to be excluded from parts of the city centre to encourage more people to take to two wheels and claim that a £1.35 million scheme to make a roundabout on the eastern fringe safer for cyclists is not working.

The scheme to overhaul The Plain roundabout, where Cowley Road, Iffley Road and St Clement’s Street meet with traffic then being funnelled across Magdalen Bridge towards the High Street, was financed with the help of a £835,000 Cycle City Ambition Grant awarded by the Department for Transport in 2013.

> £94 million of funding announced for cycling projects in England

Oxford was one of eight cities in England to be awarded cash by the government in the first wave of funding, but its bid was by far the lowest of those that succeeded.

From the outset, local cycling campaign group Cyclox, supported by Cycling UK has said the plans would not encourage less experienced cyclists – or those who do not ride a bike at all – to travel through the roundabout, and called for an element of segregation to be introduced.

Oxfordshire County Council (OCC), which is the authority responsible for roads in the city, made some revisions to the original proposal and while the completed scheme does have a cycle lane, riders are not separated from motor vehicles with the council saying there was insufficient space to permit such infrastructure.

But Cyclox chairman Simon Hunt, quoted in the Oxford Mail, said the figures did not reflect the pent-up demand he believes exists, and called for Longwall Street – which turns off the High Street on the other side of Magdalen Bridge and is used by much of the traffic heading to or from The Plain – should be closed to private cars.

"This is quite a small increase that did not really tap into potential demand for cycling,” he said.

"For £1.35m, it is questionable whether it was worth it. Some of what has come out of it is good, but it will not produce the step-change that is needed.

"We need to reduce the vehicle volumes going through the roundabout and the most dramatic way to do that would be to close Longwall Street to traffic."

OCC cabinet member for transport, David Nimmo Smith, said that banning cars from Longwall Street was out of the question.

"This scheme was about making the roundabout safer for cyclists,” he said. “We are not looking to ban traffic from going through The Plain and if you blocked off Longwall Street you would effectively be putting up a barrier in front of people travelling east or west through the city.”

"It is always a question of balancing the different needs, but I do not accept that the council is not being ambitious enough," he added.

According to DfT figures released in July, Oxford has the second highest proportion of cyclists of any city in England other than Cambridge, and OCC said in its latest Local Transport Plan, published last year, that it wants to promote cycling and walking as a way of getting around the city.

It also proposed putting a bus gate on Longwall Street by 2025, which would restrict other traffic there, including private cars.

But Mr Hunt said the city needed a “step change” similar to the one that happened in the 1990s when two of the main streets in the city centre – Cornmarket and Queen Street – were blocked off to most traffic, although buses are allowed on the latter.

"The opportunities are not being grasped and it represents a weakness in attitude from the council,” he insisted.

"It must look at some restraints on private motor vehicles. That is a difficult political decision to make but it is one that has to be made.”

"It has been our view for more than 40 years that higher priority should be given to pedestrians, cyclists and bus users when it comes to allocating Oxford's limited road space,” he said.