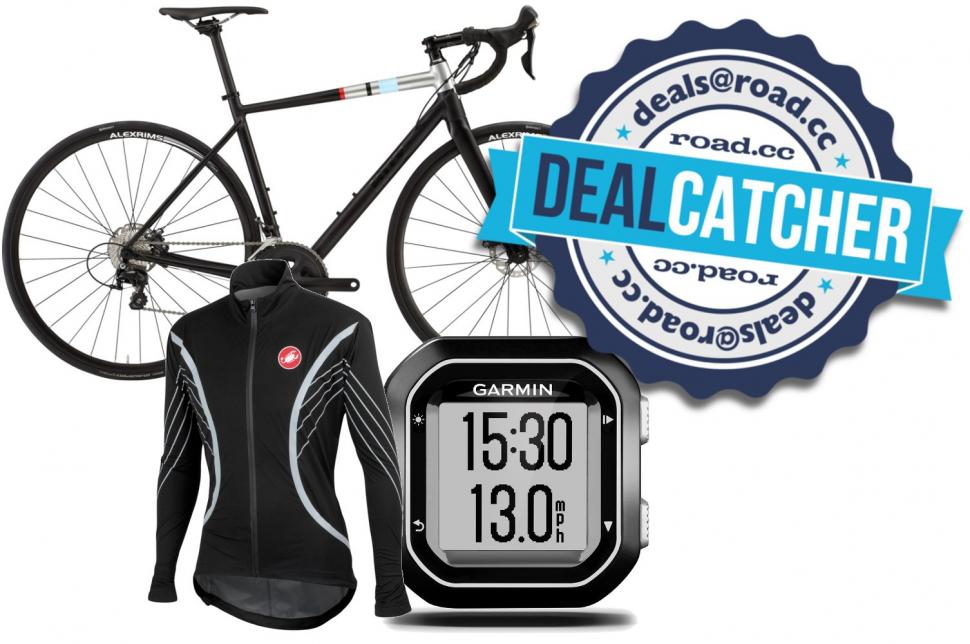 If you're after deals on waterproof jackets, Chris Hoy-approved bikes, and bargain Garmin Edge 25 cycle computers, you've come to the right place!...
by Elliot Johnston

Today's DealCatcher comes to you by way of Evans Cycles, Decathlon, and Cycle Surgery with deals on bikes, jackets, and cycling computers.

They're not bad deals, either. Take Sir Chris Hoy's Hoy Alto Irpavi .003 for example, it's had a 15% discount over at Evans Cycles.

The deal merchants over at Decathlon are leading the pack once again with an enormous 36% discount on Garmin's fabulous little Edge 25 GPS unit.

Our final offer of the day comes from Cycle Surgery. If you're a frequent visitor to Cycle Surgery's website you'll notice they've made one or two tweeks to their website's layout, plus they're offering Castelli's Misto Jacket for 40% less than normal. The lofty name appears to be backed up by lofty scores in the spec department.

We could very easily make a good things and small packages joke here, but we won't. The Garmin Edge's performance and sheer usability deserves more than that.

Decathlon say that this is the cheapest Garmin Edge 25 in the UK, and they might just be right.

Our man David Arthur gave it a stonking 9/10 when he reviewed it, and at £89.99, you might have been looking at an illusive road.cc 10/10 had the device released at this price.

The final deal of the day is Castelli's Misto Jacket which is designed to keep you dry in those surprise autumnal showers that sneak up on you despite early blue skies.

The Misto is made from Torrent 2.5 layer stretch fabric which is both waterproof and breathable. You'll be getting fully waterproofed seams, a tight stretch fit, a high collar for extra protection from water seepage, as well as reflectors on the all 360 degrees of the jersey and it'll fold into it's own pocket.