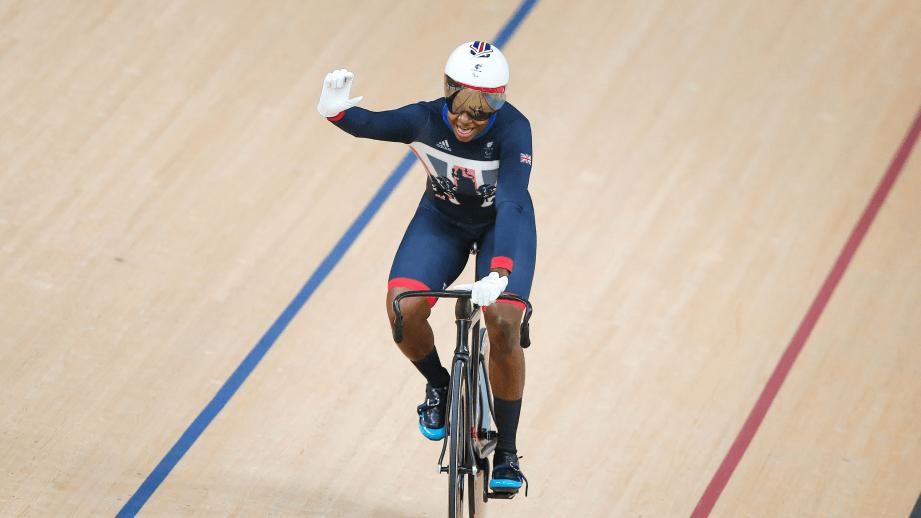 The achievement made her the first British Paralympian to win medals in two different sports at the Games since Isabel Newstead, who won shooting bronze and athletics silver and bronze at the 1988 Games in Seoul.

Dame Sarah Storey was the defending champion but fully expected Cox to beat her.

The 25-year-old, who has MS, took to the Rio track less than a year after first riding competitively, and stunned viewers with a time of 35.716.

She told Channel 4: “I can’t believe it. I’m so happy! I worked so hard for it and my legs were knackered from yesterday. I was mentally fatigued and I wasn’t sure I was going to do it. I did it, I’m over the moon.

“It’s crazy to think of this time two years ago, I had a relapse and I got re-diagnosed, going to hospital.

“To be here now is amazing, I’m just so happy. Doing the two sports is crazy. Taking up cycling and being on top of the world is amazing. I didn’t expect it.”

Storey said:“I’m a pursuiter, I shouldn’t be winning the 500m, it should be won by a sprinter. You can’t ask for better than to be beaten by two world records. That’s what I expected. I’ve been beaten by three sprinters.”