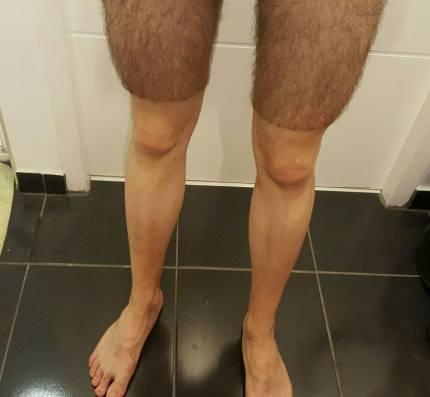 How high should you shave your legs? 'Shorts' sculpted with razor

It's one of those eternal questions that divide cyclists, or at least those who choose to shave their legs - just how high should you go with the razor?

Well, a  member of the Imgur image-sharing community has added fuel to the debate by posting a picture entitled 'How to make a pair of summer shorts' - the 'shorts' in question in fact being the hair on someone's thighs above the point he (or she) stopped shaving.

The arresting image has attracted plenty of comments on the site.

It’s not clear whether the picture is of the person who posted it, and opinion seems split on whether the image depicts a man or a woman.

“Spoiler alert,” said one user, “That's not a dude” – but another countered, “As a woman, this is what my legs look like during my Spring shave.”

While some people were into the whole look, others felt – not to put too fine a point on it – repulsed.

“That just looks awful – for the sake of humanity, shave it all!” was one user’s opinion, but another said: “Is it weird as a girl to find hairy legs in a guy sexy?”

We’re assuming the person in the picture is a bike rider – as one reply said, “Some cyclists call those ‘hamster pants’.”

Some have commented by referencing fantasy books/movies. “Hobbit, that’s a hobbit,” wrote one, while another asked, “Narnia?”

> VecchioJo waxes lyrical about the joys of shaving

Do you shave your legs? And if so, how high is too high ... or how low is too low? Let us know in the comments.