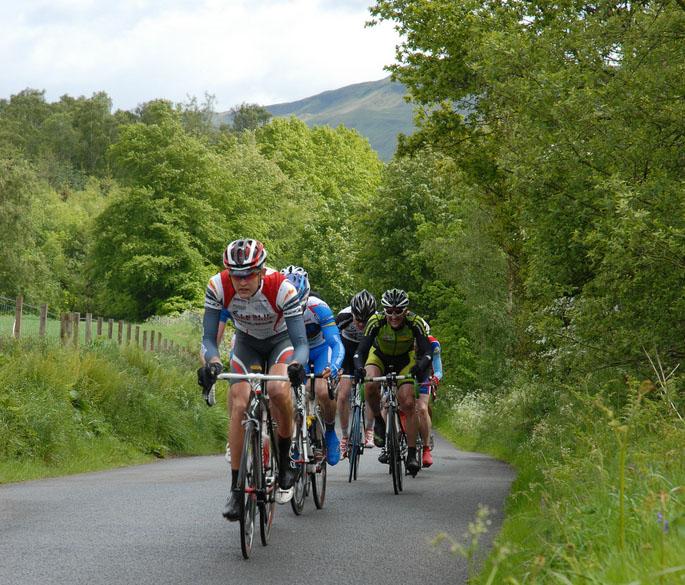 Riders in a chain gang

Over a fifth of respondents to a recent AA-Populus poll said that large groups of cyclists were one of the most annoying aspects of summer.

BikeBiz reports that 21,877 AA members were questioned on their top summer hates. Car litter louts came out top, with 28 per cent of people saying it was their top annoyance, but large groups of cyclists came second with 22 per cent (21 per cent of men and 23 per cent of women).

"What is something annoying that a cyclist might do?" asks game show

Drivers' top ten summer pet hates were found to be:

Commenting, AA president Edmund King criticised litter louts and observed that much of the rest of the top ten could be characterised as (perfectly legitimate) road users likely to slow some motorists down.

“Car litter louts are a needless menace who cost the country millions, spoil our environment and put road workers’ lives at risk. There is no excuse for tossing out litter; car occupants should bag it and bin it at home.

“Many of the other most common pet hates concerned other road users slowing drivers down by being lost, slow or indecisive. Drivers need to be more patient in the summer on the roads because anything can happen.

“By checking your car, planning your route and being prepared, drivers are less likely to get hot under the collar and more likely to reach their destinations safely.”

Following an AA-Populus poll in April, King warned of the dangers of pedestrians, cyclists and drivers using smartphones on and around the nation’s roads. 72 per cent of respondents said they often saw pedestrians step into the road while distracted by their phones.

“We can’t stop the march of technology but we need to halt the pedestrian, cycle and driver zombies.  Whether on two feet, two wheels or four, too many people are suffering from Smartphone Oblivion,” said King.