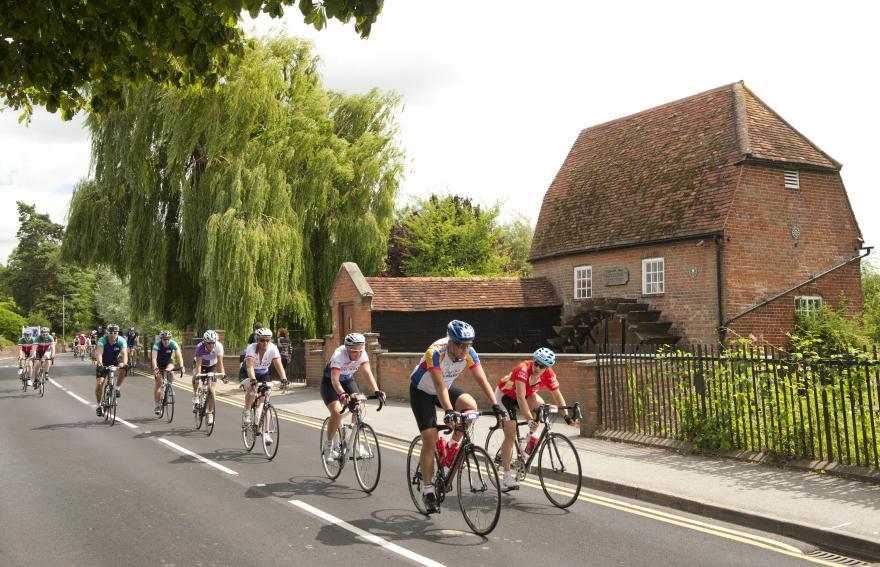 Four men did RideLondon on Boris Bikes after overnight theft

The men were determined to complete the ride after their bikes were stolen from a garage. Transport for London waived the hire fees in recognition of their efforts.
by Laura Laker

Four men whose bikes were stolen from a garage on the eve of the RideLondon event last weekend refused to let the theft stop them, and decided to complete the challenge on Boris Bikes instead.

Tim Hurst, Jamie Chatterton, Matt Radmore and Joe Radmore, stayed in Islington the night before the event and stored their equipment in a garage overnight, only to find their bikes gone when they got up to leave at 5.30 on Sunday morning.

Matt Radmore had travelled from Switzerland to take part in the ride, and the men had been training for months, so when they found thieves had taken an angle grinder to the padlock that morning, they set out in search of Santander Cycles instead. Although they were too late for the 100 mile event they originally intended to complete, they managed to enter the 46 mile ride, and Transport for London (TfL) waived their hire fees in recognition of their efforts.

Hurst, who was cycling in aid of The Lullaby Trust, a charity that supports bereaved families affected by Sudden Infant Death Syndrome (SIDS), said: “We had been training for several months for RideLondon, so we were really excited about finally taking part.

“It was particularly important for me as I was raising money for The Lullaby Trust, a charity which is close to my heart since the tragic loss of my nephew Finley last year. My brother and sister in law have been helped and comforted immeasurably by The Lullaby Trust.

“When we found the garage empty we were all devastated. None of us were sure what we could do.”

However, they refused to let the criminals ruin their day. After calling everyone they knew with road bikes, to no avail, they had the idea to look for hire bikes, and eventually found five at the Santander Cycles stand in Shoreditch Park.

Although the delay meant they missed the 100 mile ride start, RideLondon marshals were able to offer the group a place in the 46 mile ride. The four raised £2,700 for The Lullaby Trust and Hospice Care, and TfL waived the hire fee.

Paul Cowperthwaite, TfL’s General Manager of Santander Cycles, said: “We’re really pleased that our Santander Cycles were able to come to the rescue and enable this group to raise a brilliant sum of money for charity during RideLondon last weekend. This is the nature of our cycle hire scheme, to let people be able to grab a bike, go on their journey, and simply dock it back. In congratulations to Joe, Jamie, Matt and Tim on a fantastic effort we will do our bit and refund the cost of their hire charges.”

A spokesman for the Metropolitan Police told the Evening Standard “inquiries continue”.