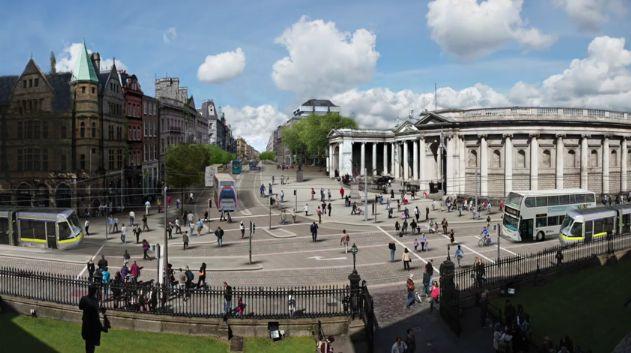 A business executive, who was "under a bit of stress" attacked the passing cyclist, causing €3,130 dental damage...
by

A man tried to “strangle” a cyclist with his helmet straps after knocking him off his bike because the victim was cycling on the footpath.

David Corcoran, a company executive, was walking near his office in Dublin, when he attacked Philip Fitzgerald for what the judge called a “minor nuisance”.

Corcoran, who was “under a bit of stress”, shouldered the man off his bike, and punched and kneed him while he was in a headlock, the Irish Independent reports.

Study: Parasite hosted by cats may cause road rage

Judge Michael Walsh ordered him to pay €3,130 compensation for dental injuries and a further €2,500. Adjourning, the judge said he would strike the case out, leaving Corcoran with no criminal record.

Corcoran admitted causing harm to Fitzgerald at Clanwilliam Terrace on July 1 2015. The court heard Mr Fitzgerald was cycling toward Corcoran at 10.30am when the accused shouldered him off his bike, causing him to fall to the ground. Garda Brian Cleary said Corcoran then punched the victim in the head and face, before getting him in a headlock, causing him to be choked by the straps on his bike helmet.

Corcoran, who was a senior executive with a company, was walking near his workplace, near a van which was parked on the pavement.

Corcoran accepted that he over-reacted. His solicitor, Eugene Dunne, described how he caught hold of Fitzgerald and held onto his helmet.

"He went further than that, he used the straps to try to strangle him," Judge Walsh said.

The judge said, of people cycling on footpaths: "We live in a somewhat congested city and sometimes needs must."

"He should have stepped aside but to be fair, the other party shouldn't have been cycling on the footpath."

Judge Walsh said the accused's response was disproportionate to "no more than a very temporary, minor nuisance."

The victim, who says he made a full recovery, did not want to give evidence.