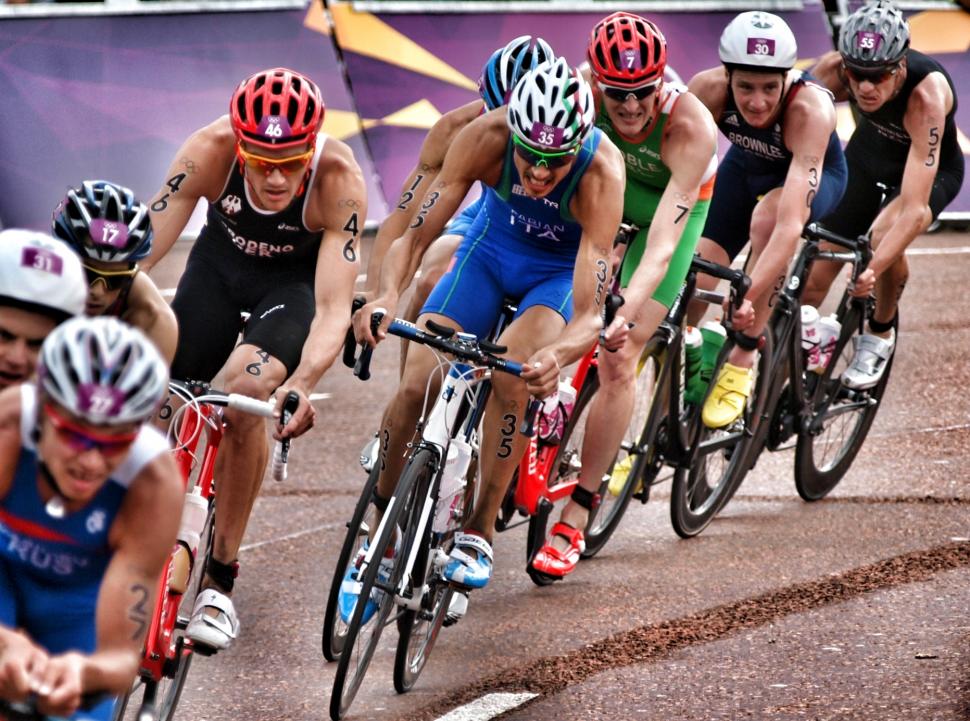 Accidental triathlete mum to race for real next year

The 55-year old mum who was swept up in a Lancashire triathlon last month has decided to swim, run, and ride in 2017
by Elliot Johnston

Cycling sensation Alison Carrick of Haslingden, Lancashire, who rode the entire 21km cycling section of a local triathlon by accident last month, has decided to sign up and race the full course in 2017.

The mother-of-three was swept up in the Rossendale Triathlon race when she unknowingly joined the course route at the end of May having only restarted riding a bicycle again, after a years long hiatus, two weeks before.

She said in an interview with the Mirror that her fitness levels were not high and that she "thought I was going to do five or six miles. Now I know I can do 18."

The unexpected 21km ride aboard her second hand hybrd bike has not put the 55-year old off, though. Quite the contrary; not only did Mrs Carrick describe the experience as "amazing," she's told the Mirror that she will race the full course next year, swim and all.

"I’d already sort of decided that I was going to do it next year," she said. "I thought, well if I can do the cycling part without any training, and I have run in the past it’s just the swimming I’d need to work on.”

Whether she was inspired to make this decision by her post-ride endorphins, the acquisition of local celebrity status, or the wise words of event organiser Graeme Courtney who said after the event that Mrs Carrick has a "year's worth of training to get ready for next year's race," isn't quite clear.

What is clear though, is that pushing your limits and refusing to quit can lead to strange and wonderful things.

Ms Carrick said herself that she wasn't prepared to ride a 21km cycling section of a triathlon, but that didn't stop her.

She told the Mirror: “I realised it was a triathlon when I saw wet cyclists with numbers on their backs. I thought ‘Oh my goodness’, what does this mean for me. I just didn’t realise we were taking the same route.

“Once you get caught up in something like that you can’t stop. I have not cycled for a long, long time, I’d only thought I was going to do five or six miles. Now I know I can do 18."

Despite her inexperience and lack of gear and preparation, it was the local support during her unexpected ride spurred Mrs Carrick to the finish line.

> road.cc's beginner's guide to cycle clothing - do you really need all that lycra?

“I wasn’t pretending to be part of it," she said. "I didn’t have any of the right gear but people were encouraging me to keep going when I got off and pushed the bike. The stewards kept directing me where to go.

And support for the 55-year old teacher has been fabulous since the event too, she says.

“It’s funny," she told the Mirror. "The kids at school all want my autograph, they all think I’m incredibly famous now!”

It is unknown whether Mrs Carrick plans on upgrading her now legendary second hand hybrid bike for next year's race, but we'll be sure to update you if we find out.