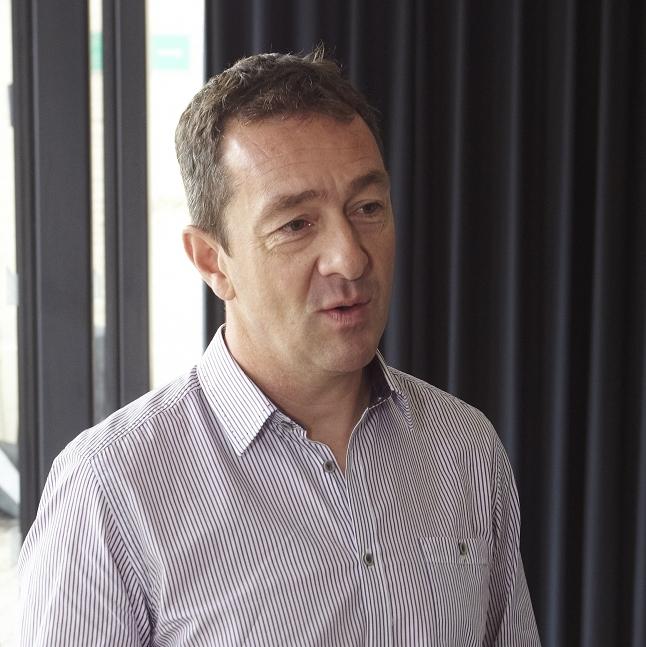 Boardman on HARDTalk: cycling cleanest sport in the world

Chris Boardman has said cycling is one of, if not the the cleanest sports in the world, and he would be “absolutely gobsmacked” if there were mechanical doping at a mainstream cycling event.

The Olympic cycling champion spoke to Hard Talk’s Stephen Sackur following the launch of his book, Triumphs and Turbulence, on his career, his former obsession with winning and on the current challenges the sport faces.

Boardman also clarified his “lynch mob” comments regarding the treatment of Shane Sutton, which he says were taken out of context. He had meant the reaction to accusations had amounted to a trial by press.

The now TV presenter, author, pundit and campaigner, who has worked with British Cycling’s  "Secret Squirrel" R&D programme, said the arduous physical nature of the sport, and dealing with the pressure of a three week race required at least 50:50 mental to physical strength.

He said it will take a long time for the sport to recover from the taint of doping, and that sports like athletics are now facing the problems cycling has faced in previous years.

However, he said: “what we’re seeing today looks believable” and today’s athletes looked “anything but super human” at the end of last year’s Tour de France, with the race coming down to less than a minute. “It looked very human,” he said.

In mainstream events like the Tour, Boardman says bikes are scanned thoroughly for electrics, including by x-ray, and he would be “amazed” if one got through, that it would be the “anti-advert” for any team.

The man who loves to make things, whether from wood, or a personal performance, or writing, also said it would be a fun project to make an e bike. He said if he ever did so, he would make one that didn’t look like an e-bike.

​Boardman said Sutton, who he describes as “very Australian” probably crossed the line over the years, but he wants to see the results of the inquiry before drawing any conclusions.

He also talks about his own obsession with performance, and the effect on this obsession during his pro career on his family life. Boardman credits his former coach, Peter King, for helping him realign his feelings of self-worth from being founded largely on results, focusing instead on improvements in performance.

You can watch the 25 minute HARDTalk episode on the BBC’s website here. The programme is available for 11 months.

1
Virtual Race Across America to take place in custom Zwift environment
2
Mail accused of distorting truth in “MAMIL madness” Regents Park cyclists story
3
Updated: Health secretary says no plans to ban cycling and other exercise - after suggesting earlier that it might be
4
Luke Rowe buys new bike for Cardiff doctor whose bike was stolen
5
Campaigners call for reversal of Richmond Park cycling ban – and so does Jeremy Vine
6
Don't mess it up! As warm weekend looms, cyclists reminded to ride responsibly
7
Cycling UK offers free membership to NHS staff - pass the news on to anyone you know who could benefit
8
2,000+ sign petition accusing Vélo Birmingham & Midlands owners of “profiteering” by not offering refunds for cancellation