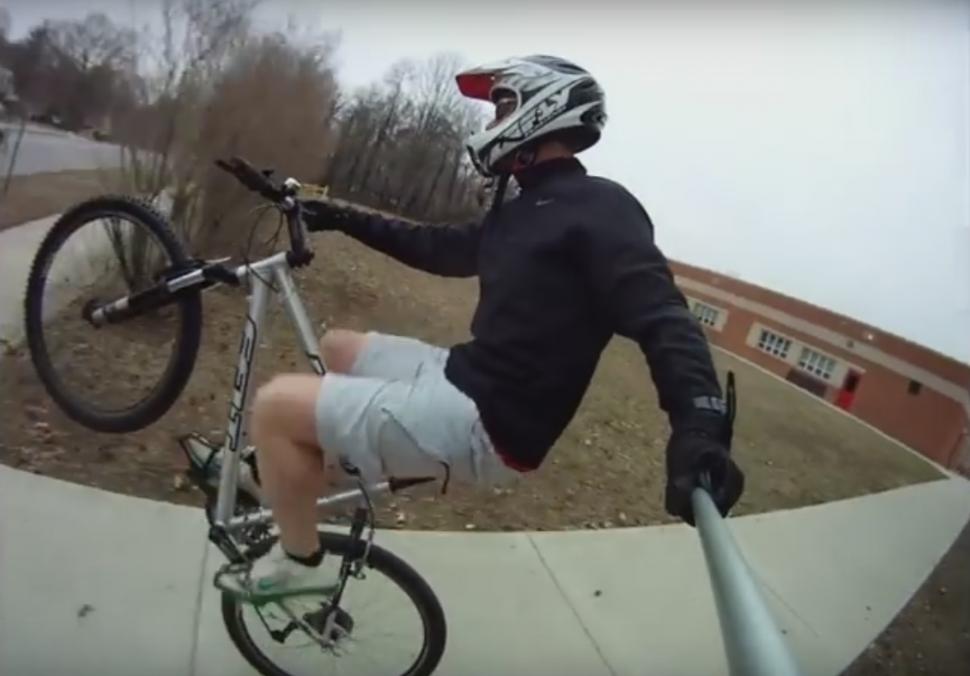 A 53-year-old man from Crofton, Maryland, USA, believes he has broken the world record for longest wheelie ride in one hour. Richard Flanagan rode 16 miles on his back wheel and must now wait for his feat to be ratified by Guinness.

"It was hard enough keeping up with him on two wheels," said his pace rider afterwards.

The Capital Gazette reports that the current record for distance travelled in one hour while doing a wheelie is about 15 miles. Having sent all of the numbers and videos to Guinness for official certification, Flanagan must now wait around four to six weeks to discover whether his feat has been recognised.

12 of the fastest, longest and maddest cycling world records

Doing daily ten mile practice rides, Flanagan has unsurprisingly come to be known as ‘the wheelie guy’ in his local area. He says he first started doing them when he was eight, but didn’t get serious until he was in his forties.

Even so, it sounds like he was a natural. He says his first ever attempt only saw him stop because he was approaching the wall of the school and on his second attempt he says he learned how to corner.

His YouTube channel documents his efforts, which include doing a wheelie in the snow and while riding up a 33% slope.

The record was attempted on a local high school running track with Flanagan completing 64 laps.

"This is the best day of my life," he said, immediately after finishing. "Everybody should try to get a Guinness World Record."