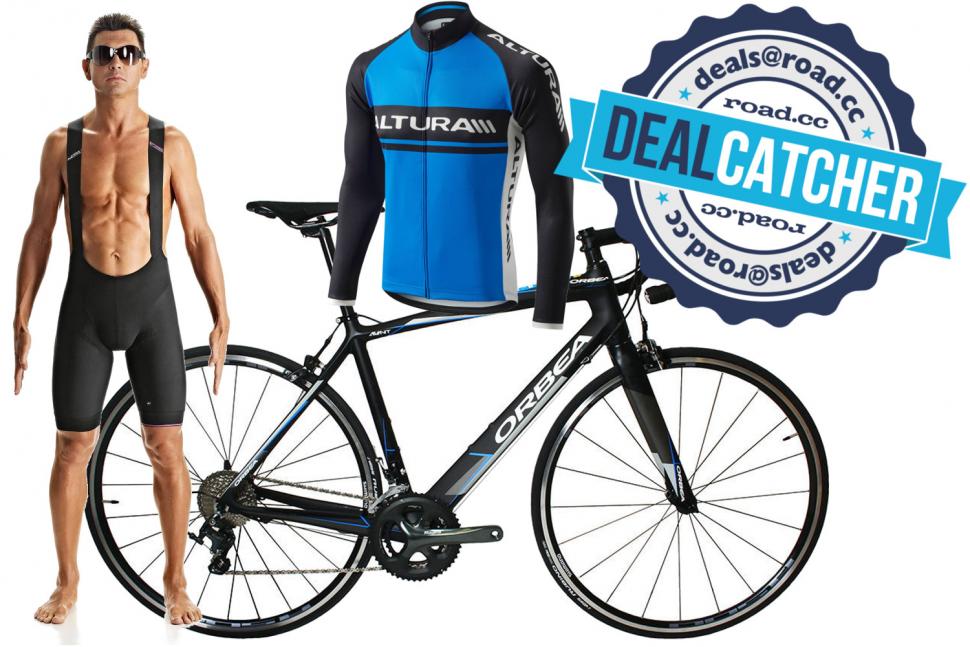 The DealCatcher's picked out some cracking deals from top retailers. Anything catch your fancy?...
by Elliot Johnston

First up Wheelies have a cracking deal on Altura's Team Jersey. Sure, it's long sleeved, but we're approaching a British summer, not a Mediterranean summer, so we're certain it'll come in handy!

Next up is a pair of Assos bib shorts which are super adaptable. Perfect for the spring and autumn, but equally at home on cooler summer evenings and crisp mornings.

Finally, Cycle Surgery are still running their fantastic 'This One's on Us' deal which rewards you with a free voucher when you buy a 2016 road bike from them, and we've found an Orbea that represents fantastic value and is a member of the same bike family that we gave 8/10 review to. 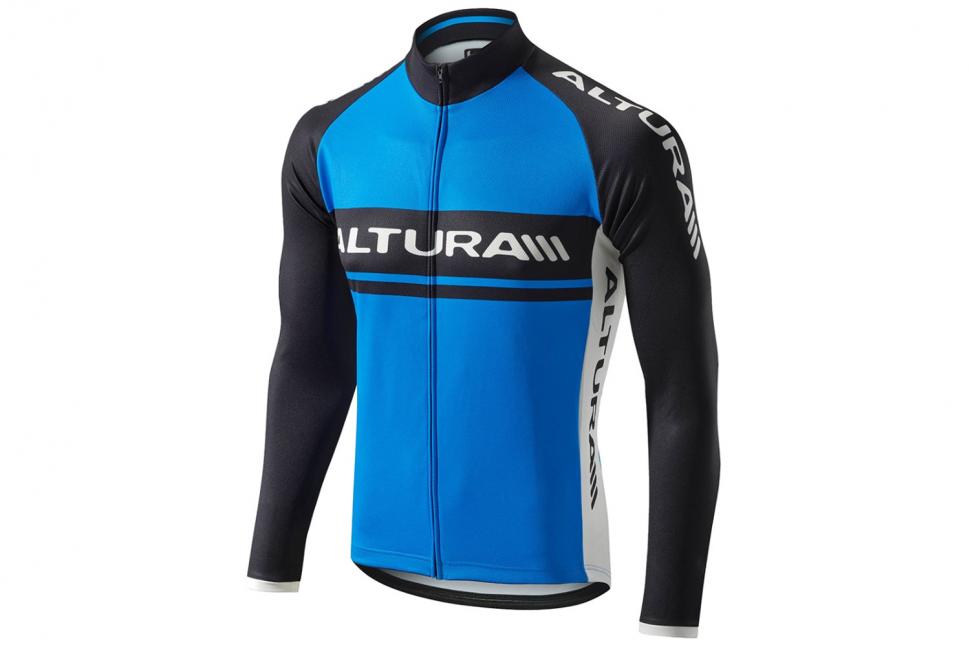 So, the weather's picking up, and we're getting that tantalising feeling that we might be in for a toasty continental summer on our infamously climatically inconsistent shores.

Let us just approach this train of thought with an air of caution.

With our shifting weather patterns the MET office said that last summer's average temperature was half a degree lower than the average and we've had a greater than average amount of rain over the summer months in four of the last five years.

Sure, statistics can say any number of things, but you're probably a bit like us, and have noticed the weirdly cool and rainy Julys and Augusts over the last few years.

So, Altura's Team jersey, with its high wicking fabric to keep the sweat away from your skin, the thermal brush fabrics on the inside layer will for kepeing you warmer when the night falls or the temperature drops, and the performance fit to keep you cutting through the air, might actually be a better option than you first thought. 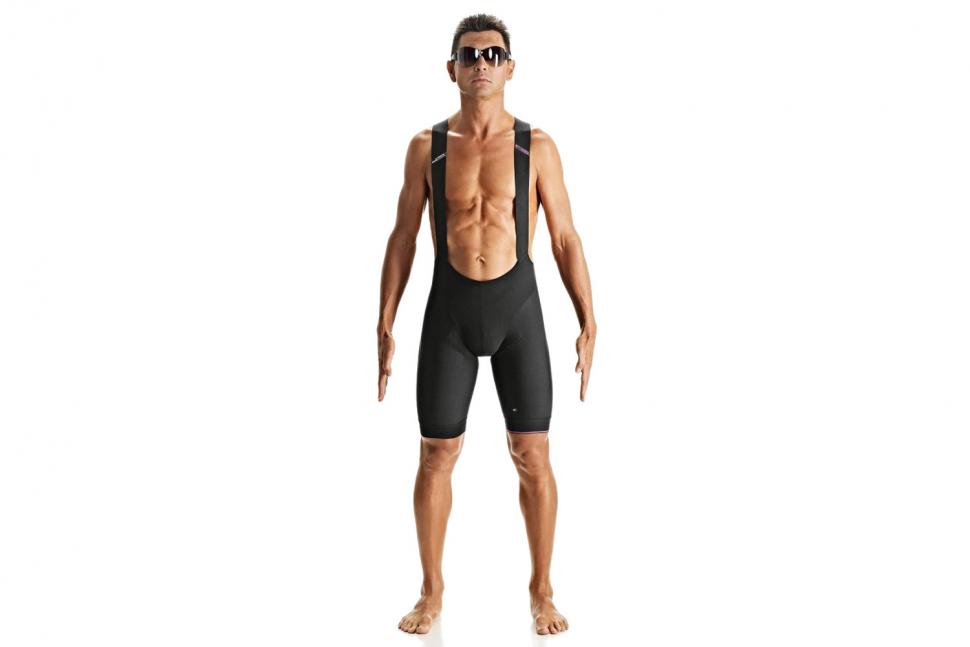 Here's another product that's pegged for best use in spring and autumn. While that may be true, the Swiss brand may be thinking about spring and autumn in their neighbouring Mediterranean countries.

Sure, the Assos T.tiburu_s7 Bib Shorts are a heavier weight bib short which in theory makes them perfect for riding in cooler conditions, but waffle-like weave of the fabric makes them breathable enough to be perfectly comfortable in temperatures as high as 20 degrees.

Not only that, but they'll come into their own on those cooler morning or evening/night rides, and may soon find their way to the top of your comfortable bibs list. 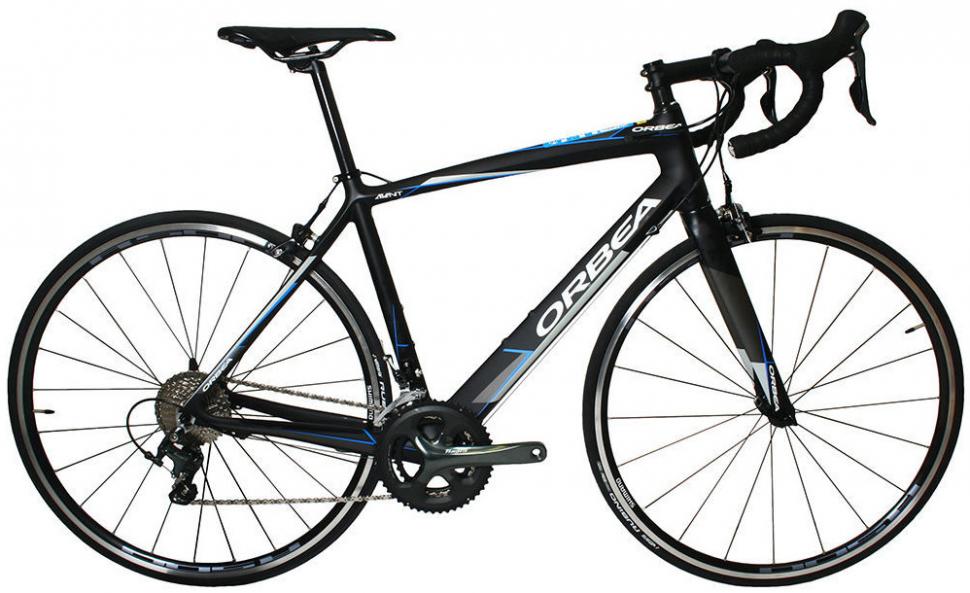 Finally, Cycle Surgery are still running their fantastic 'This One's on Us' offer, which we'll try to explain as succinctly as possible below:

Here's how it goes: if you spend over £1500, which we all know is easily done when you're buying a bike, you'll get £150 from Cycle Surgery to spend on whatever you like to support that bike purchase.

The less money you spend, the less valuable your voucher is.

That's not taking into account the £300 you'll be saving on the Orbea Avant above.

Back in 2014 we reviewed the Avant's more expensive Shimano Di2 running big brother. We liked what we saw then, and we like what we see here.

For the money you're shelling out here, you're getting a great deal on a brand new 2016 bike - plus an extra £50 off, kinda.