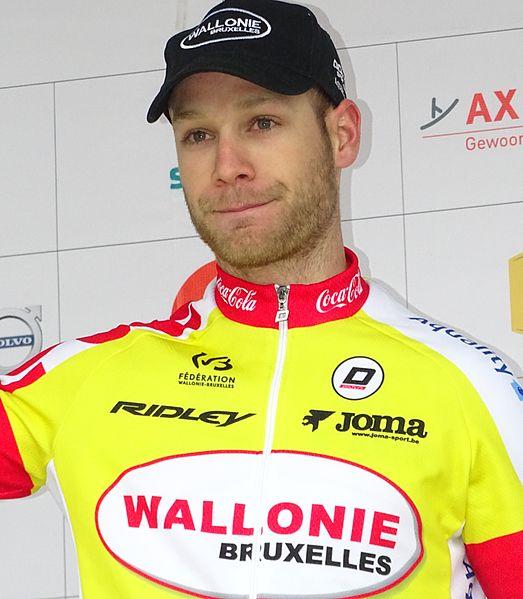 The cycling world has been paying tribute to 25-year-old Belgian rider Antoine Demoitié, who died in hospital in Lille yesterday evening following a crash at Gent-Wevelgem earlier in the day.

The Wanty-Gobert rider, taking part in just his second WorldTour race – his first was Friday’s E3 Harelbeke, where he was in the break – was run over by a race motorbike following a crash.

His wife and family were with him at the hospital in Lille he had been taken to, and his friend and team mate Gaetan Bille tweeted this morning to say that thanks to organ donation, Demoitié’s death would help save three other lives.

Others to pay tribute included another team mate, British rider Mark McNally who raced yesterday, as well as a number of professional teams and riders. Here is a selection.

No words to describe this tragedy... pic.twitter.com/UoEaN6gZiE

It feels unreal to read that @DemoitieAntoine didn't survive his crash yesterday. My deepest condolences to his family, friends & teammates.

I am shocked about the accident of Antoine Demoitié. My thoughts are with his family, friends and teammates.

Horrible tragic news to wake up to. The cycling family has lost a brother. #RIPAntoine

Speechless after hearing the news about Antoine Demoitié. The @Lotto_Soudal team offers its condolences to his family, team and friends.

black black day. I CAN NOT believe this. I took this portrait of him only 2 months ago. Super sweet guy #RIPAntoine pic.twitter.com/zSSzzw5fOH