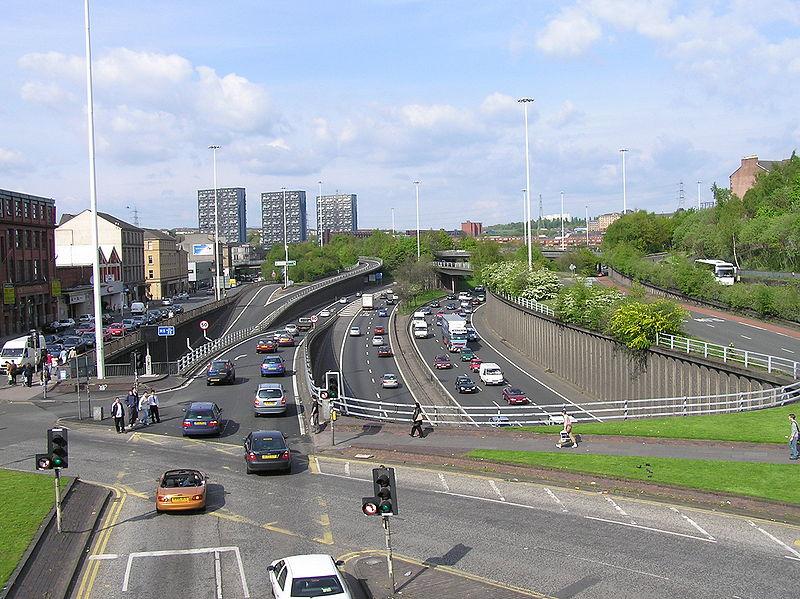 Plans could be transformative, and Scottish government needs to reallocate more of its "bloated" roads budget to make it happen, says campaigner...
by Laura Laker

Plans for Glasgow’s £12m “Mini Holland” bid have been revealed, and road.cc has had a sneak peak at them.

The Woodside Mini Holland bid is aiming at Sustrans Scotland’s “Community Links” fund to create a cycling and walking network in a city district North of the Clyde. Although Glasgow’s bid is one of five that made it to “stage three” of the process, it is up against bids from Edinburgh and Inverness, and, at most, just two will get the funding.

Campaigners say the plans for a network of cycle routes, linking homes to schools and places of work and leisure, have transformative potential, but rather than cities competing to be one of at most two successful bids, funds from Scotland’s ‘bloated’ road building programme should be reallocated so they can all happen.

One Glasgow campaigner, who goes by the name Car-Sick Glasgow, told road.cc: “The Mini-Holland has to potential to bring about a step-change in cycling provision in the Woodside area. A complete network of Dutch-style segregated cycleways, complemented by filtered permeability on the back streets, would be truly transformative. It’s vital that this is the high standard to which the work is done.

He added: “Unfortunately, the scheme is competing with a number of others across Scotland. The Scottish Government has decided that only one or two will be funded. I’ve no interest in seeing Edinburgh or anywhere else denied its own safe cycling infrastructure; the Scottish Government should fund every single one of the “exemplar” schemes by reallocating money from its bloated road-building programme.” In its bid document the Council says: “The project will promote cycling not only as the environmentally responsible way of getting around but the normal way. Proposals will link to existing and proposed routes, driving connectivity to academic, social and cultural venues, and local subway stations.”

“The ongoing development of Glasgow’s City Ways is aimed at getting non-cyclists onto bikes through the construction of safe cycle ways suitable for all.”

St George's Cross - a protected bike lane and public realm improvements are  part of Glasgow's £12m bid, and "imperative" to the scheme's success, according to the City Council. Image from Google Streetview

The council notes housing in Woodside is primarily tenement flats linked by quiet streets, making it ideal for cycling.

Key parts of the proposal include:

The project name is inspired by Dutch neighbourhoods, where it tends to be easier to walk and cycle than drive, through use of protected cycle routes on main roads and “filtered permeability” on residential streets, prioritising cycle and walking access over rat runs for motor vehicles. Three projects of the same name are currently underway in outer London, each with around £30m funding to encourage more shorter journeys by bike and foot.

Glasgow City Council has a vision “to create a vibrant cycling city were cycling is safe, accessible, safe and attractive to all”.