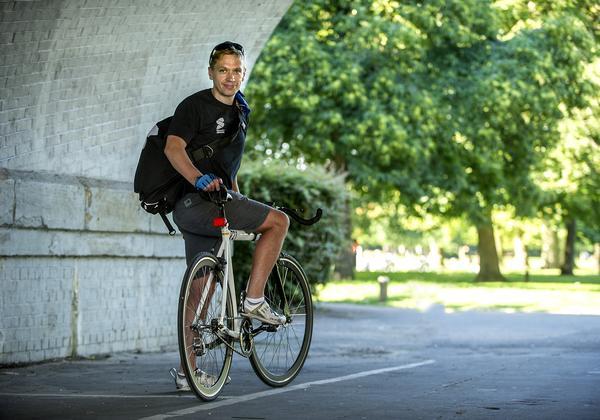 The premise of the app is simple. Street Stream couriers use their smart phones to compete for delivery jobs in much the same way that Uber drivers respond to potential fares. The couriers are then rated by their customers allowing future users to gauge their suitability.

From the customer’s perspective, they log onto the Street Stream website and enter details of the package they want to send, along with the collection and delivery addresses, plus any other essential information. The couriers, which are all vetted by Street Stream, then receive an alert, at which point they can quote for the job.

James Middleton, the founder of Street Stream, said the idea came to him during his daily cycle commute to work as an economist in the City. Watching bicycle couriers going about their business, he concluded that the industry was ‘stuck in the technological dark ages’.

“With the traditional way of booking a courier everyone loses out. Firstly, the customer is paying over the odds to the big courier firms – the middlemen – which pass on their high overheads. Then the courier has little incentive to be polite or efficient because they have no real direct relationship with the client.

The app and website went live last summer. The plan now is to roll out more features and hire a sales team to scale up the operation.