The BorntoBike RT member covered 265 miles between Saturday and Sunday afternoon, one of 31 individuals to complete the exhausting RTTC National 24 Hour Championship
by Jack Sexty

While most cycling fans might have been preoccupied with the end of a thrilling edition of the Tour de France and the start of the Tour de France Femmes over the weekend, more heroic stories were quietly playing out on the roads of Shropshire and North Wales at the National 24 Hour Championship... one of whom was 18-year-old Rose Price, who completed the monster time trial by riding over 265 miles on a steel trike.

With no scheduled rest breaks included, the rules of CTT's 24-hour time trial are simply to ride as far as you can in a 24-hour period. This year's event was organised by Mersey Roads Club, starting at 1pm on Saturday 23 July and finishing (you guessed it) 24 hours later. For A-level student Rose, the decision to race was a "last minute" one, and she picked the trike for the comfort and stability it offered. Having previously borrowed a trike from a clubmate, Rose opted to ride his racing trike for the 24-hour event, using it for the first time a week before the race:

"I felt safer on a trike because of the size of it," Rose told road.cc.

"Its like a go cart and going round the corners when you have some speed is really incredible. I'm not sure if there are any aspects of riding a trike that really help in the event but because the trike is so light I don't think it hindered me, and at times I forgot I wasn't on a normal bike."

Rose started out in long distance cycling by doing Audax events with her dad, and despite doing little specific training was recommended she give the 24-hour time trial a go by Lynne Biddulph, a previous RRA Land's End to John O'Groats (LEJOG) record holder.

Despite little preparation, Rose says she got by on around an hour's sleep over the whole 24-hour duration of the race, and surpassed her target mileage by 15 miles:

"For me the hardest part of the ride was riding the battlefield loop [riders had to switch to a different course loop when night-time fell] in the dark," said Rose.

"Going out it felt like I was constantly riding up hill and it really doesn't help the mentality when you can't get the speed you had been doing earlier.

"Luckily for me I had a relatively fast start and had some time to rest at around 2:30am in the morning... and when I woke up it quickly turned bright out so it made me feel really motivated.

"My fuelling strategy was similar to what I would do in the past on an Audax ride. Generally I had some bars in a top tube bag to eat while I was riding and I would need to stop to eat something more substantial around about every six hours or so.

"I had one bottle on my bike and every few laps I would get a new bottle from my dad who was waiting for me with one ready. He did a good job staying awake through the night." 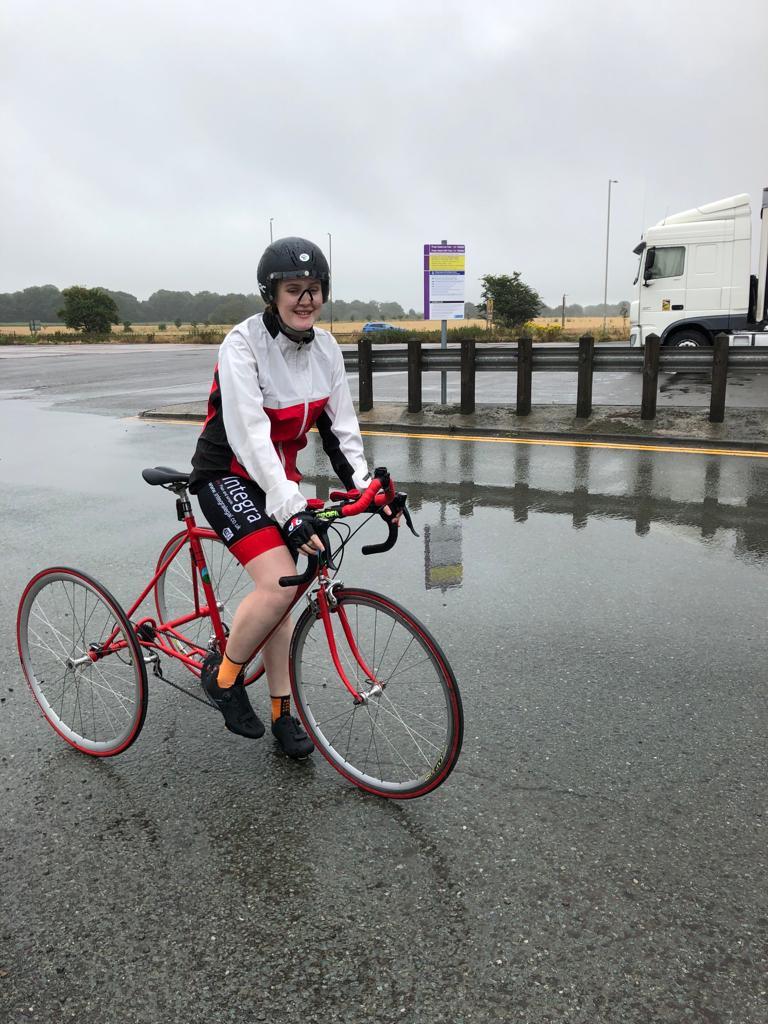 Rose says the tough experience didn't put her off either, and plans to improve on her distance in the future:

"I had a brilliant time riding and there's no way I'll stop. I think I've done a good first time effort but I feel like I could go further with the experience having now done the event.

"I need to mention how amazing it was having so many people come down to see me and how amazing all the other riders were. I had basically everyone who came past me shouting encouragement and it made the ride a brilliant experience."