HOW light? HOW much? The lightest wheels we've ever seen...
by dave atkinson

Crikey. Just landed in the office with a barely audible rubbery squeak are Reynolds' flagship RZR wheels. At a claimed weight of under 900g a pair, these really are astonishingly light wheels. Our test set came fitted with Conti tubs so we haven't been able to weigh them naked, but a quick glance at the road.cc scales of truth reveals that even with the tubs fitted they're still only 1400g, which is nothing short of extraordinary.

Also extraordinary is the price, an eye-watering £4,500. High end kit tends to focus rather less on value, and these wheels are certainly pushing that particular envelope. If you're in the market for a set of RZRs then chances are that the performance, not the price tag, is the major concern. Either that or looking the absolute nuts on the sportive start line. Whatever, they ain't cheap. There's about six pairs in the country at the moment, and we're lucky enough to have one of them. So what's so special about them? 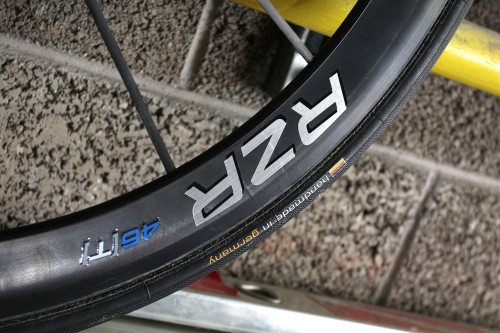 The RZRs are the brainchild of Paul Lew, who used to make wheels under his own name (for considerably more than this) before Reynolds came a-calling. They're handmade entirely from Carbon with the exception of a few turny and clicky bits in the middle, and there's some interesting features. 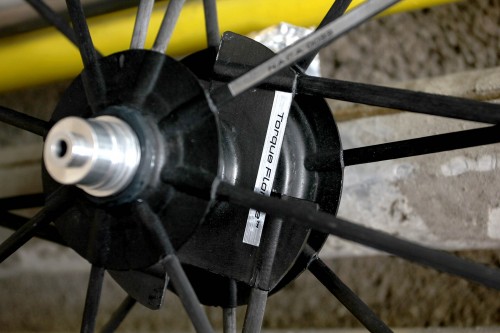 Firstly, the rear hub has three flanges. There's the normal two of course, and then another one directly in line with the centre of the rim that's solely responsible for supplying the drive, which has the benefit of not distorting the wheel under load. All of the spokes in the wheels are attached to the hub and rim with no tension, which Reynolds claims makes the wheels more reliable and easier to service: all the spokes are replaceable (not by you, obviously, but by a white-coated lab guru in Reynolds' airtight facility in space) and if you break one then the rim won't go wildly out of true. The spokes are also designed to an approved airfoil shape to minimise drag. 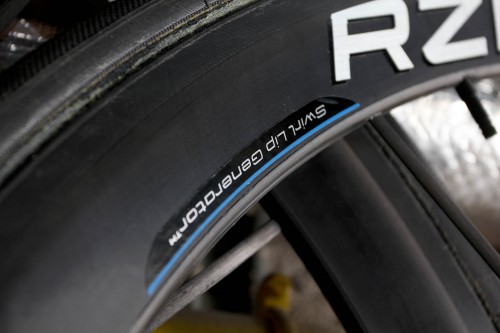 The rims are designed to work with particular tyre shapes and sizes to create an aerodynamic profile, and they feature a swirl lip generator (a little ridge to you and me) by the spoke bed to break up the air flow behind the rim and stop drag-inducing vortices from forming. All of this is backed up by a technical document that had our eyes glazing over before we'd got a quarter of the way through, suffice to say it's very thorough. The table at the end lists some other wheelsets and the extra power that Reynolds claim you'll have to put in to make up the odds. It's only a couple of Watts if you're already running some expensive Lightweights, increasing as the wheelsets get heavier further down the list.

So does all that tech add up to the perfect wheelset? Well, we don't know yet, but they'll be out on the road in real-world conditions soon, and as soon as we've put them through their paces we'll report back. Stay tuned...